Home › Latest Articles › Lifestyle › Systems Vs People: Are The Poor Doomed To Be Forever Poor? 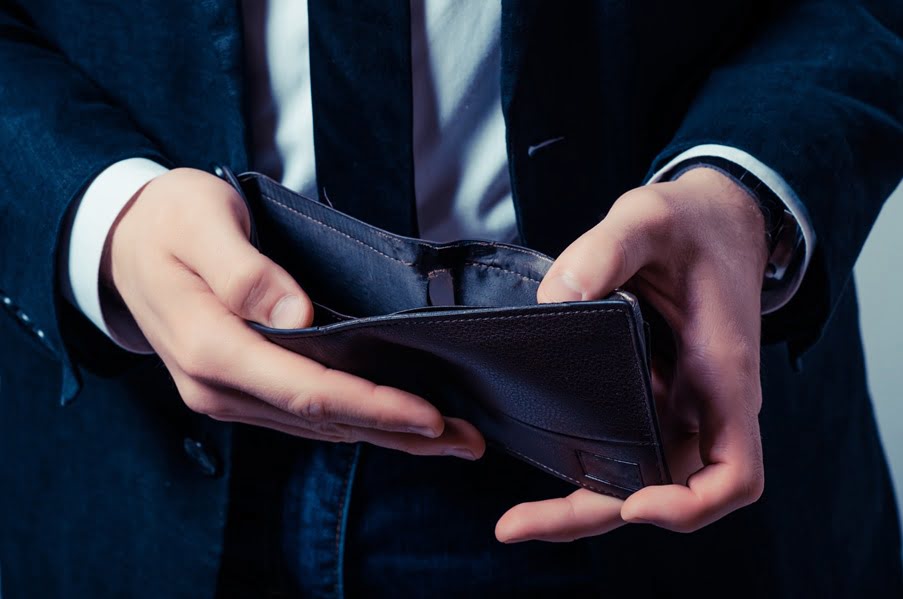 Systems Vs People: Are The Poor Doomed To Be Forever Poor?

It looks like there’s no way to escape poverty. So why bother? Why not just forget your troubles for a while and eat some KFC?

On the other hand, we also hear inspirational stories of young people who’ve done great things with their lives. And not just those from rich families trying to sell you something (ugh!) As far as I can tell, these are genuine people who’ve achieved success against all odds.

Both types of people exist. So how come some parts of the population struggle like hell, while others make it to the other side?

Are our positions in life destined, or can we bend fate to our will? Today, we will explore both sides of the equation.

Today we will try to find balance.

You might think this is a personal finance website. It’s not. It’s a “how do I improve my life?” website. I just write about money all the time, because money is so crucial in our lives.

But when I was younger, I was more interested in other personal development things. Like “how to improve your memory,” “how to study better” and “how to jump higher.” (Yeah, every basketball player wishes they could dunk right?)

I could never understand why people didn’t wanna improve themselves. (My memory is pretty good BTW. Though I still can’t jump very high. ? )

This is the core belief of personal development: success in life depends entirely on you. If you want something, take action in your life and do whatever it takes to get it.

With some motivational quotes for fuel of course: “If you believe, you can achieve!”

But that’s outdated. Instead, my favorite motivational quote of recent times is this one:

You are fat because you eat too much

you are weak because you don’t challenge yourself

you are lower energy because you don’t move

you’re tired because you don’t sleep

your life is your fault

Because what the personal development world won’t tell you is this: sometimes, it’s really not your fault.

The system makes you

Suddenly, your skills at Microsoft Excel and Instagram aren’t so useful anymore. Suddenly, you’d be a lot more influential if you were physically strong and knew how to use a gun.

Here are two systemic money issues which affect most of us today:

You keep hearing about student loans and jobless graduates. And everyone loves to bash young people who’re lazy and have bad attitudes, right?

But what if it’s only partly their fault? What if the system is failing our young people? What if I told you that every year, 200,000 hopeful youths graduate in Malaysia, but 20% of them end up jobless? Look at the numbers and maybe we’ll understand why:

200,000 university graduates enter the job market every year. We have to find work for them
But the retirement age keeps getting higher: People are staying in jobs longer, whereas in the past they would have retired (or died) and presumably, some young person could have a position at the bottom of the chain

The economy isn’t doing well. Less jobs are being created overall. Some companies are replacing workers with technology. Some are closing down

For sure, I’ve met many young graduates who are terrible. (Last week I scheduled two interviews — neither candidate showed up.) But what if the economy does worse in five years, and you’re part of the one million young people who’ve just graduated?

No matter how excellent you are, you might still struggle. Not because you’re not good enough for a job. Because there are no jobs left to be good for.

Rich people think people are poor because they make bad choices. I used to think so too. It’s easy to sit in a position of privilege and judge.

But I’ve learned that most people are poor because they’re caught in a cycle of poverty. To explain, let’s look at the hypothetical example of Sam:

Sam’s parents are uneducated, so they don’t know about family planning. She has three brothers and four sisters. Her father works in an old factory, and her mother sells rice in the afternoons. Money is tight, so she goes directly from school to her mother’s stall to work. When she gets home, she helps take care of her younger siblings.

In the evenings, she tries to finish her homework but she’s too exhausted. She barely passes her SPM exams. Sam’s more-privileged classmates will go on to university, but due to her family situation, Sam starts working full time at 18.

She takes a mindless job that requires no qualifications. With her small salary, she will face multiple challenges: the rising cost of living, her parents’ increasing medical bills, and her siblings’ education costs. At 25, working two jobs and with two kids — she envies her friends who’ve graduated and have good jobs. She has no savings, as every cent of her salary needs to be used.

Sam is heavily in debt; one emergency away from a personal financial crisis. She will struggle with money all her life. So will her children.

You’re reading this, so you’re probably not Sam. But you know what’s the scary thing?

The way this capitalist world is going — the richest 1% is getting a lot richer, but everyone else, including the middle class and bottom 40% are struggling to keep up.

If we don’t change anything, we’re gonna have more and more Sams.

How to find balance

“Why are you making excuses for poor people, Aaron?”

“If we keep telling people that it’s not their fault, isn’t it more dangerous? What’s their incentive to change then? What if they decide to just accept their fate and live a poor life till they die?”

That’s not where I’m going. I’m still the optimist who believes people can change their destinies. What I am asking is for everyone to take an honest look at the systems we live in.

If belief in systems vs personal responsibility can be put on a scale of 1-10, with 1 being “I can’t do anything — its impossible since the system is like this,” and 10 being “F*ck the system, I can do anything I want,” I’m still a solid 8.

The system will absolutely affect you. You don’t get to change what kind of family you’re born into, the current economic situation, or the market demand for engineers. Heck, you can’t even change the decisions you made yesterday.

But moving forward; today, you have choices. Choices that will affect the rest of your life.

My wise ex-boss once told me: “The best way to make changes is to go into public/civil service.” For a long time, that sounded bizarre to me. Why would an ambitious person like me go mess about in that ditch of incompetence?

Sorry for my arrogance, but I realize it now. It’s much easier to live for yourself. To accumulate wealth for your own family and ignore the millions of your neighbors who’re struggling with money.

It’s much harder to try and change the systems that have punished large sections of society, and enriched only a few.

This isn’t to say that all of us should become politicians or join the government. But I think that each one of us can do our part to help. You might not be in a position of power, but you can at least vote for good economic policies.

And maybe those of us who are rich need to start helping our poorer brothers and sisters more.

Systems are powerful. They’re why our human race has thrived so long and you’re here today. They’re also imperfect, get outdated, and need to be changed when they fail.

On their own, people are weak. But together, they can create powerful systems that shape the world.

The system might be against you right now. You might feel there’s no way out of your money difficulties, no matter how hard you try. But if those with privilege and power work for it, I believe we can create systems that are fairer and better for everyone.

I also believe in you.