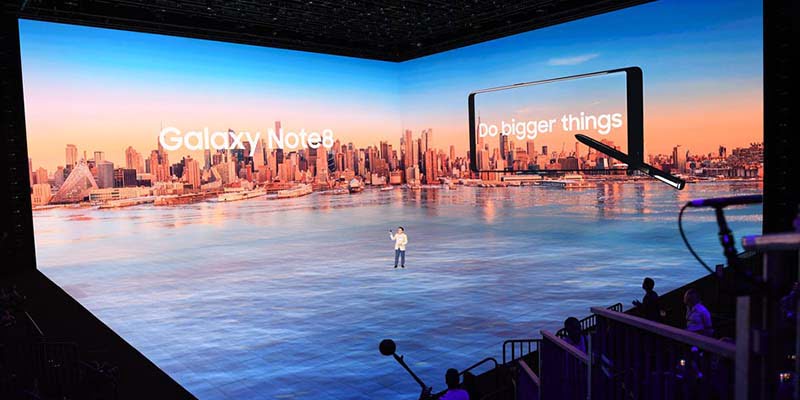 Samsung Galaxy Note Is Back With A Bang With Note 8

Launched yesterday, the Samsung Galaxy Note 8 managed to wow almost everyone, even those who used to own a Note 7. Described as “stupid powerful” by Wired, Samsung was confident that the Note 8 will be harder, better, faster and stronger – or at the very least, it won’t explode.

Here’s why the prodigal son of Samsung received amazing rave review, despite its history:

What are the specifications of Samsung Galaxy Note 8?

On paper, this is Samsung’s most impressive device ever. Riding the wave of the highly successful S8 with its record number of sales, Samsung managed to dial up a few notches further with the Note 8.

Here are the key specifications of the Samsung Galaxy Note 8 at a glance:

However, we all know a phone is more than a bunch of specs in a table. Some of the features offered may be worth the money – especially for some Malaysians.

Ranking fifth place on the TIME’s definitive ranking for selfies cities in 2014, Petaling Jaya had 141 selfie-takers per 100,000 people, while Georgetown, Penang ranked 10th with 95 selfie-takers.

With the selfie and Instagram culture a norm among Malaysians, the 12 megapixels dual-camera will definitely be a hit. Similar to the iPhone 7 Plus’s Portrait Mode, the two cameras on the Note 8 let you re-focus photos after you capture them.

Other than the iPhone 7 Plus, other smartphones that also offer dual-camera are Android competitors, Nokia 8 and OnePlus 5.

You can even take a wide and a zoomed photo using the two separate lens, then decide later which shot is better (because taking an Instagram-worthy photo of your food should be that easy!). Known for its top-notch photography function, Samsung upped their game further with an optical image stabilisation rig for each camera, so you can kiss blurry photos goodbye. With tons of bizarre filters, photo modes, and features, now you too can be an Instagram influencer! 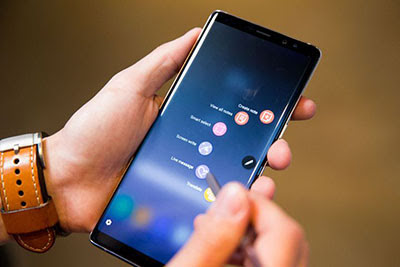 However, a great camera (in this case, two cameras) means nothing if your screen is unable to showcase the beauty of the pictures. The Note 8’s 6.3-inch, 2960×1440 bezel-free Infinity Displays screen is also dust- and water-proof.

Just like the Samsung Galaxy 8, the Note 8 also comes with Bixby voice assistant. It is similar to Apple’s Siri, Google’s Assistant and Amazon’s Alexa. However, unlike these existing voice assistants, its primary function is just to assist users on the phone’s functionality. For example, you can use voice to activate Wi-Fi or Bluetooth, but not so much on answering questions and making web searches.

However, based on previous reviews on the Galaxy 8, Bixby was not particular helpful. In fact, it was said to be slow in processing voice requests. However, it can be helpful, in comparison to Google Assistant, such as viewing reminders, calendars and even personalised news.

The stylus, also known as the S Pen, is also more functional with greater sensitivity, and can also be used when your phone is locked. Including an SD slot, all in all, the Samsung Galaxy Note 8 is a pretty powerful device that fits in your palm!

How much would the Samsung Galaxy Note 8 cost?

In Malaysia, it is safe to assume that the price to be around RM4,500 when it is released in the country.

However, if you are not keen to fork out close to half a grand for a smartphone in lump sum, you can always opt for an zero interest instalment plan either with your credit card or through a telecommunication company (telcos).

Telcos that offer mobile phone plans bundled with device such as Maxis through their Zerolution programme. Still using the Galaxy 8 as an example, here’s how much it would cost:

If the pricing and payment programme is anything similar to the Galaxy 8, the best and cheapest way for you to get your hands on a Note 8 would likely be through Maxis Zerolution. The only downside is the minimum monthly mobile plan eligible for Zerolution is the MaxisOne 128 Plan. Paying RM128 a month for 15GB of data on weekdays and 15GB of data on weekends can be pretty steep compared to what Celcom is offering for 20GB weekday data and free 20GB weekend data at only RM98 a month.

However, we will have to wait for the announcement when the Samsung Galaxy Note 8 is launched in Malaysia to get a better idea on which plan is the best for the purchase.

Where to can I buy the Samsung Galaxy Note 8 in Malaysia?

So, when will it be launched in Malaysia? Lucky for die-hard Samsung fanboys, we are among the first batch of countries where Note 8 will be released, which is sometime in the middle of September.

Currently, no telcos have announced any plans or pre-order on the new flagship phone from Samsung.

However, the official Samsung site has announced that the pre-order starts between September 5 and 10, 2017. Keep a lookout on Samsung’s official website to be the first to pre-order!