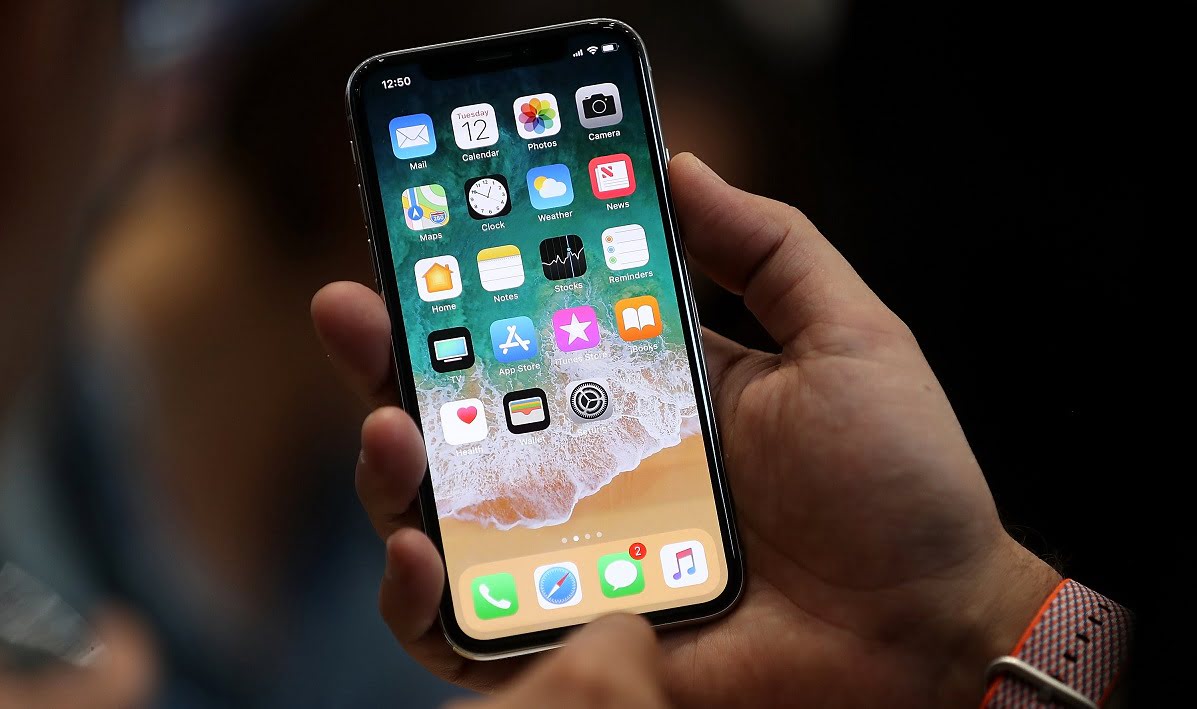 On Tuesday, Apple rolled out the much-anticipated iPhone X and it broke the internet.

Dubbed “the biggest leap forward since the original iPhone”, Apple’s latest iteration is a glass and stainless steel device with an edge-to-edge display. But the release comes on the back of the Samsung Galaxy Note 8.

Of course, these were too hot handle for Malaysia, a country where 89.3% of its internet users rely on smartphones for their online joys as evidenced by local news reports converting those US dollar price tags into ringgit.

So while they are yet to reach Malaysian shores – their introduction more than an eventuality – we have done the work and compared these devices side-by-side. Here’s what we have found:

Powering the iPhone X is the A11 Bionic chipset. Apple dubs it the “most powerful and smartest” processor in a smartphone.

Well, while we can’t exactly quantify that claim, it is expected to be a pint-sized powerhouse: the A11 consists of six cores – two for high performance and four for efficiency – as well as a graphics processing unit that is 30% faster than the A10 Fusion chip embedded in the iPhone 7.

Why so much extra muscle, you ask? Well the A11 is expected to help iPhone X deliver top-notch augmented reality functionality as well as Apple’s Face ID technology and TrueDepth camera system.

We are still in the dark over RAM as, typically, Apple doesn’t reveal those numbers.

Now, for the Galaxy Note 8, it utilises Qualcomm’s Snapdragon 835 processor with 6GB of RAM. Basically what Samsung has put into this phone is a chip that has delivered smooth and consistent performance across other various Android handsets such as the HTC U11.

While both iPhone X and Note 8 come with 64GB of storage, only the latter features a MicroSD slot for extra room. On offer is 256GB on both phones but that comes at a premium.

Regardless of which device you choose, on board are Bluetooth 5.0 and NFC for tap-and-pay transactions. It goes without saying that the Note 8 is also compatible with legacy terminals through the Samsung Pay’s proprietary MST technology.

This is due to a lack of real-time testing to see which outperforms the other. Also, on paper, both phones are offering a powerful chip and similar digits for storage and add-ons.

Let’s start with the iPhone X. Its display follows the contours of the device. It sports a futuristic design: there’s a pronounced black border to the screen as well as that controversial notch housing the camera system and earpiece.

Also the new iPhone is clad in glass around the back, allowing it to charge wirelessly and features vertical stacked dual cameras. The sides are designed from stainless steel and look remarkably shiny compared to the matter aluminium of its predecessors.

But unlike those older iPhones, you won’t find a home button or Touch ID anywhere on the handset. This makes the phone look so much better overall but where’s that fingerprint recognition?

Not having that feature exported into the iPhone X’s stunning 5.8-inch OLED display is a tad disappointing. The good news is that it has been replaced with Face ID.

Not that Samsung is perfect. As there is no room for a sensor on the front of the phone, it’s been relocated to the right of the dual cameras around back – just like the Galaxy S8. And who loves a rear-mounted fingerprint sensor? A more central placement would have been better, no? Because reaching across the lenses is a pretty excellent way to smudge them.

Design wise, the Note 8 is, well, a larger Galaxy 8. You may shout and scream about that, however it is not a totally unfair claim.

Yes, it’s still a great piece of kit – with a headphone jack at that – and if we were comparing that with any random device, it’d win hands down.

As for durability, both are made of glass and water resistant. The iPhone X is rated IP67 – good to withstand a meter’s depth for 30 minutes – while the Note 8 fares better at IP68, which just means an additional half-meter of submersion.

Winner: iPhone X
Looks are subjective but the design of the iPhone X, with its removal of the home button or Touch ID, pushes the boundaries of smartphone design, hence being the winner here.
[sc:sample_banner]

We may not have the hard numbers on the capacity of the iPhone X battery, but Apple has announced that users can expect up to 21 hours of talk time – roughly two hours more than an iPhone 7 Plus.

You have wireless charging capabilities as the iPhone X is compatible with the open Qi standard used by many other phone manufacturers.

Apple claims the iPhone X charges faster, too, and a high-speed wall adapter packaged with the device will get you up to 50% in 30 minutes.

The Galaxy Note 8 also has wireless and fast charging – hopefully not to the point of exploding – and some reviewers believe you can even manage a day and half without charging if you use the phone conservatively.

So because the iPhone camp is silent on its battery and charging capabilities, this is an easy decision to make.

Again, just like the first point, due to the inability to make real-time comparisons, we are unable to decided which is better than the other.

It’s unsurprising that the camera setup on both phones are similar. Both have dual 12mp sensors, combining wide-angle and telephoto lenses. Also each lens on these phones is supported with optical image stabilisation, translating into less blurrier shots.

Both allow you to take portrait-style photos with background bokeh, although the iPhone allows you to play with the light source of these shots through a new in-built feature called Portrait Lighting.

The iPhone X can achieve this through its front cameras as well, courtesy of Apple’s new True Depth system.

The Note 8 has an 8mp shooter for selfies and when taking still, you can get impressive results with either camera.

Yes, yes, we are getting to it: Face ID. With the iPhone X, you can unlock your phone by looking at it – it’s designed to be that simple.

The Samsung uses iris scanning for authentication in the Note 8 but that’s a system that’s simply easier to fool and less secure.

We are not sure whether the Face ID is fool-proof – despite Apple saying it works well in low-light and can tell the difference between a picture and a real person – but depth-aware imaging features is a major breakthrough.

Also, you can use the iPhone X to transform words and expression to an animated emoji in real time, through a feature dubbed Animoji.

This is self-explanatory. From Face ID to filming capabilities, the iPhone X takes home the gold.

Out of the box, the iPhone X will come equipped with iOS 11. It’s the latest version of Apple’s mobile operating system and features an all-new App Store and a host of small improvements.

The Galaxy Note 8 is packed with the Android 7.1.1 Nougat and while it’s not the latest version, the 8.0 Oreo should arrive early in 2018.

Now, it’s silly to compare both systems and choosing is just a matter of preference. But there are some tools and features only found in one or the other. The standout being Samsung’s S Pen.

The Note 8 stylus makes it a powerful tool for jotting down ideas and some quick doodling. The phone’s always-on screen also means you can take notes without having to wake the phone first – a very useful software tweak.

Hold the pen over the text you’re reading and it will even translate on the fly or even magnify the area of the screen.

Another new feature to the Note 8 called App Pair allows you to join certain apps together so you can launch them both at once.

Open a pair and both apps immediately display in split-window mode – a multitasker’s delight.

There’s also the DeX Station, which is an optional dock that transforms your Note 8 into a desktop computer.

So when you step back from the iPhone’s camera innovations, there’s pretty much nothing new on the software front.

But the Note 8 provides more by way of software, so you’ll know where this vote will swing to.

We expect many to appreciate a phone that multitasks and the Note 8 is a practical choice here.

The iPhone X launches November 3 while the Galaxy Note 8 is available for pre-order. Either way you go, expect to spend a lot of money and, if you are eyeing that Apple, be prepared for the mad rush.

But with a starting price of US$999 (or approximately RM4,190 at writing time), the iPhone X crosses a bracket high-end smartphones had been able to comfortably avoid until now.

The Galaxy Note 8 begins at US$930 (or RM3,900). Despite being just RM290 cheaper, the Samsung phone is much more generous with add-ons and promotions such as a wireless charging stand or a 128GB memory card.

*Prices for the iPhone X are estimated based on conversion/comparison of prices in Singapore.
**Price for Samsung is fixed and the Note 8 will retail RM300 more than the original price.

Also, we are not sure if mobile carriers here will offer deals for users to upgrade from older iPhones to the X.

Checks on Apple’s website does not indicate the option of a SIM-free, unlocked model, whereas Samsung is offering exactly that for customers who wish to stay off-contract.

So this flexibility and as well as purchasing and trade-in options, makes the Samsung Note 8 an easier buy.

This, too, is an obvious choice. At least with the Samsung, you don’t need to camp outside its store just to grab the latest Note 8.

So based on our comparison, it’s a tie. It’s really a tough call: the Galaxy Note 8 is a robust smartphone and the iPhone X on paper looks to be equally great.

But each carries its own compromises and cancel out each other’s flaws, so the average user can’t go wrong either way.

The Galaxy Note 8 is great if you are looking for versatility, multitasking and writing things down. The iPhone, besides the euphoria, gives you cutting edge design, imaging and augmented reality (not to mention bragging rights).

However, we are personal finance website and we’ll lean towards pricing and availability.

That means our choice has to be the Galaxy Note 8 for its cheaper price tag and also user-friendliness when it comes to trade-ins and off-contract options. However, at the end of the day, it all boils down to: Are you team iOS or team Android?