Over the past two decades, we have seen a proliferation of technopreneurs in Malaysia who have emerged to take advantage of the various new and exciting platforms offered by the Information Communication Technology (ICT), internet and mobile industries.

Combining technological prowess and business know-how, this new breed of tech-savvy entrepreneurs have pushed the boundaries of innovation with their home-grown products and have played an integral role in transforming the Malaysian start-up scene.

The very concept of technopreneurship breaks away from the existing economic order by introducing new products and services, and by creating new forms of organisations and exploiting new markets and materials. Incidentally, many technology-based businesses also eliminate the need for a brick-and-mortar framework, resulting in lower set-up and maintenance costs, and making the process of starting a business simpler and more accessible than ever.

The Malaysian Government and government-related agencies have banded together to create a vibrant start-up environment with facilities that range from supporting mechanisms and policies, funding opportunities, physical infrastructure and business advisory services. Agencies like the Malaysian Global Innovation and Creativity Centre (MaGIC), Cradle Sdn Bhd and the Multimedia Development Corp (MDeC) are just some of the agencies that are geared towards that purpose.

Recently, it was announced during Budget 2015 that the Government will introduce the Small and Medium Enterprises (SME) Investment Partner programme to provide assistance to those who are struggling with their start-up capital. Under the programme, an initial fund of RM375 million will be provided for a period of five years. Further, RM10 million will be allocated for the Business Accelerator Programme under SME Corp.

Such initiatives will no doubt open doors to many new and aspiring entrepreneurs, who will in turn contribute to the overall and long-term growth of the sector.

In that vein, we speak to three Malaysian technopreneurs who offer their perspective on the local technopreneur scene, how much it has evolved in the last decade, processes that entail the changes, and steps that can be taken to accelerate further growth and prosperity of the sector. 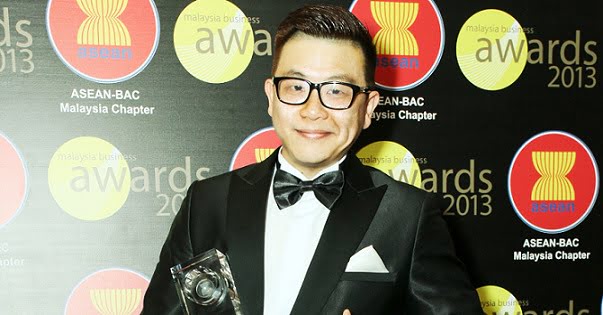 For Yanzer Lee, founder and chief executive officer at Fireworks Solutions Sdn Bhd, starting his first business in marketing technology back in 2003 had been a fairly bumpy ride.

Lee, who read fine arts in college and began his career as a web designer in an advertising agency was only 24 when he decided to start something of his own.

“I did well and was making good money as a web designer and subsequently a freelancer, but I came to a point when I no longer wanted to help someone else build their dream, I wanted to build my own dream,” he said.

“The problem was, I didn’t know anything about running a business. I didn’t have any formal education or industrial training, no mentor and was struggling with cash flow.”

Despite his inexperience, Lee was persistent on his new business venture. He began operating his business, which provided an array of web and mobile services, including digital solutions, kiosk solutions, flash games, digital websites, multimedia and interactive CD-ROMs and subcontracting works.

“Back in the early days, I did everything. There was no real focus in my product line,” explained Lee, whose humble beginnings started in his living room in his home in Cheras.

“I started with just one laptop, which I bought for RM7,000 that I borrowed from my aunt. Then business grew and grew, and I ended up buying another laptop and hiring another person to help me, and another and another…”

Calling it an “organic process”, Lee’s business grew from his home to become an award-winning technology design and innovation firm that specialises in mobile and internet-based business solutions.

MobiMax, which is compatible on iPad and Android device platforms, comes with features such as e-commerce, product catalogue, multimedia tools and customer relationship management (CRM) functions.

To date, Mobimax has been deployed by organisations such as Open University Malaysia, Amway Malaysia and Amway Thailand.

Lee, whose company is currently located in a Petaling Jaya office, pointed out that the new generation of entrepreneurs are much luckier. “They have the whole framework ready for them. Infrastructure is ready, there is funding from the government, angel investors, and have easy accessibility to tools and software to help manage their business. All they need is a great idea.”

However, Lee opined that the distribution of funds could be more efficient. “Besides, funding is not as easily attainable if you are not connected. More transparency and effective efforts need to be made to reach out to talents out there.” 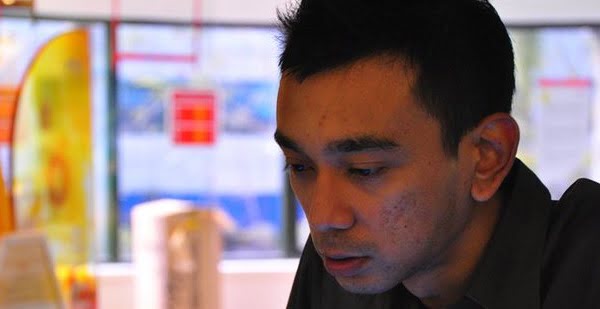 Mohan Louis, 33, business development manager and co-founder of Dragonsoft Research, shared that his team encountered significant financial challenges when they set up business.

It was the year 2007 when Louis, a computer science graduate, embarked on a quest to set up the info-tech firm with two of his former co-workers to offer multi-touch technology and solutions, gesture technology, and multi-touch operating system (MTOS) to clients.

“We offered multi-touch solutions at a time when the technology was new to Malaysians. We wanted to try something different. We knew where our strength was, and the void in the industry was something we thought we could fill,” Louis said.

However, the team encountered difficulty in securing sufficient funding for their business venture. Louis noted that the lack of interest could be due to the low demand and awareness on such technologies back in the day.

Many investors are focused on what is current and what can make a profit now, rather than what is new and innovative, he said.

“We had to fork out the initial capital from our own pockets. It was quite hard at first. We went by many months with no salary for the first 16 to 18 months.”

Their perseverance paid off when they finally scored their first major deal with an international tobacco company. The business has since grown organically and expanded by virtue of word-of-mouth, which has led to multiple repeat businesses and joint venture partnerships. Some of Dragonsoft’s past clients include Celcom, Proton and Astro.

The challenge remains to maintain a consistent revenue stream. Louis and his team plan to address that by forging partnerships with firms from other industries as the main technology provider.

“Technology has certainly changed the way we consume information, and that has opened up more opportunities for technopreneurs today,” he said. 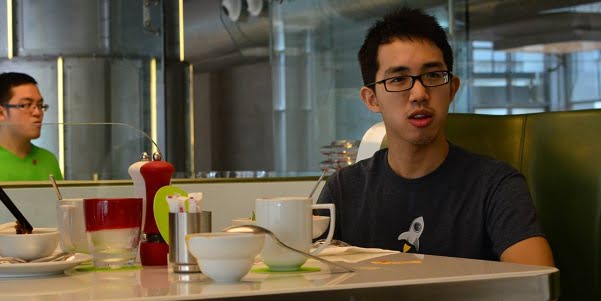 Yuen-Chi Lian, co-founder and vice president of engineering of (the now defunct) Aflexi

In 2008, Yuen-Chi Lian and two of his friends set out to turn their first tech business venture, Aflexi, to become the de-facto content delivery network (CDN) software for the hosting industry. CDN is a large distributed system of servers deployed in multiple data centres across the internet. The goal of a CDN is to serve content to end-users with high availability and high performance.

Aflexi’s core business revolved around selling CDN infrastructure to provide its web-hosting services to companies to reach their end consumers.

Lian, Aflexi’s co-founder and former vice president of engineering explained that it was his ex-business partner Whei Meng Wong, who masterminded the idea. “He found an extremely talented techie to build the infrastructure then he found me to build the business side of the team,” the computing graduate shared.

“It is important for a start-up to have at least three founders, so you won’t write into deadlock when two directors disagree to step back from an argument,” said the 31-year-old Lian.

The team managed to secure pre-seed funding of RM150,000 from Cradle Funds. Lian said their venture flourished, but encountered many challenges in their first year. They included hiring the right people, and managing a sustainable cash-flow in the second and third years.

“Because the infrastructure started up with high capital expenditure, it was seen as a less favourable investment by local venture capitalists looking for a quicker return. That could be the reason why Aflexi failed to secure many other potential funds, including the Cradle 500 fund (which provided a grant of up to RM500,000 for ICT and non-ICT sectors for 12 months).

In 2011, Aflexi was acquired by the UK-based company OnApp, which provides infrastructure-as-a-service software for hosts, telcos and managed service providers. OnApp is backed by LDC, a leading UK private equity house focused on growth businesses.

Lian, who now works as an engineering manager in a Palo Alto-based IT company shared: “Based on my observations over the past nine years I have been working, the growth of the internet and mobile users have definitely harboured a strong interest in investors to reach consumers more creatively and innovatively.

“The internet is a very special channel, it is more than just a channel…people live here.”

“I have also been keeping an eye on the allocation for tech/entrepreneurship industries for the past budgets and I must say, we have made progress this round. I think the government has come to realise that economic progress is driven by entrepreneurship. It is more than just boosting the economy and creating jobs, it encourages people to think creatively.”

In view of globalisation and increased competitiveness in the marketplace, there is no better time to foster and strengthen the entrepreneurial spirit, especially among young Malaysians.

With the magnitude of opportunities that are now available to new and existing entrepreneurs, we hope to see a new wave of movers and shakers who will elevate the local business landscape and bring about better and brighter opportunities for all.

Want to get into the game and fund some potentially successful start-ups? Find out how you can become an angel investor.