As we get closer to a whole year of the New Malaysia, it’s perhaps time to take stock of all that’s been accomplished since Pakatan Harapan (PH)’s historic entrance into government.

What were we promised? What has been delivered? What is almost certainly never going to happen?

We don’t really have the manpower and time here at iMoney to comb through all 555 promises made during the 15th General Election. Instead, we will focus on the First Pillar of PH’s manifesto: the promise to reduce the people’s burden.

There are 10 general promises within the pledge to reduce the people’s burden. Each of which can be further broken down into more specific actions and promises.

We will be referring to data shared by the Project Pantau, released by the Institute for Democracy and Economic Affairs (IDEAS), the volunteer driven Harapan Tracker, and a report from analyst firm Ipsos to gauge PH’s success in the first year.

This is perhaps a good time to point out that each Malaysian government has five years to fully implement their plans, and this is only 20% of the entire journey. It may be a bit much to hope that every promise will have been kept by now.

Thus far, PH has managed to successfully implement nine pieces of legislation that conform to the first pillar. Another 36 are still being discussed and worked on; although the outcome of these promises is far from certain.

The nine implemented pieces of legislation are:

Replacing the GST with the Sales and Services Tax was one of PH’s first actions in government. Newly appointed Finance Minister Lim Guan Eng had long rallied against the implementation of the GST, and made taking it down his first goal.

That said, the GST has not actually been repealed by Parliament. Instead, the tax has been reduced to zero percent. In practice, this has removed it entirely.

However, it also leaves the door open for the GST to be reintroduced without needing to pass through Parliament once again.

There is also the issue of whether the SST has had the intended effect of reducing prices overall. On one hand, some prices are down simply due to the lower tax rate; but there is a perception that vendors have not done their part.

Stabilise the price of petrol Barisan Nasional introduced a floating petrol price in order to reduce government expenditure on subsidies. Depending on oil price fluctuations, this was either a very good or crippling for Malaysians.

Both situations were experienced right up until the policy was frozen ahead of the 14th General Election.

Coming into power, PH elected to introduce a managed weekly floating price. This capped the price of RON 95 petrol and diesel at RM2.20 and RM2.18 per litre respectively. A month later, the cap on RON 95 was reduced to RM2.08 per litre.

Since then, oil prices have steadily risen. There has been talk of removing the price cap once the promised petrol subsidies for the B40 have been implemented. No official announcement has been made, and Domestic Trade and Consumer Affairs Minister Datuk Seri Saifuddin Nasution Ismail has said that the government will decide on the matter at a later date.

There have been a number of initiatives aimed at resolving the many complaints about the PTPTN. First of all, borrowers currently earning less than RM4,000 have been allowed to defer the start of their payments. Additionally, there are tax incentives for employers who help their employees settle PTPTN loans.

At the same time, practical concerns have required some belt tightening. Gone are the discounts for settling the debt in a lump sum.

Perhaps the biggest mis-step for PH was the leniency towards those who had been blacklisted for not making their PTPTN loan payments. While preventing people on the blacklist from traveling may have been a little extreme, the number of repayments dropped by 39% after the ban was lifted. “Double the speed at half the price” was the promise. To be fair, this was said by former Prime Minister Dato’ Sri Najib Razak during the tabling of Budget 2017. It was simply carried forward and implemented by PH.

There were some delays in getting internet service providers to cooperate and announce the new plans under the Mandatory Standard Access Pricing regulations, but it eventually happened.

Since then, the broadband landscape in Malaysia has changed. Not only have prices dropped (although not exactly by half), speeds have increased ten-fold. This brought some interesting challenges for the ISPs in meeting the sudden demand for new installations.

Avenues for more broadband providers have also been opened. Telcos Celcom and Digi have begun pilot projects for home fibre plans, while new ISPs like Viewqwest and City Broadband have entered the market.

Even Tenaga Nasional Berhad is testing the viability of using its substantial network of power cables to provide broadband.

The original promise was to improve the quality and coverage of public transportation, neither of which are really possible within a single year. Building infrastructure is a long term project; especially when it also includes renegotiating deals made by the previous administration.

Making public transportation most cost effective and accessible is a far more achievable goal in the short term, and that is just what PH did by introducing a monthly pass. For RM100 a month, Malaysians are able to access unlimited rides on the LRT, MRT, Monorail, KTM, and Rapid bus services.

Also available is a RM50 per month pass for just the bus system.

The other initiatives implemented under this pillar are less directly relevant to our readers. Increasing the healthcare budget for rare diseases will apply in limited cases, but is a welcome move for those that suffer from a shortage of treatment options.

Similarly, ending Padiberas Nasional Berhad’s (BERNAS) monopoly over rice imports was feared to have a detrimental impact on the local market. This has not yet been seen since the announcement was made in June 2018.

One of the more significant changes implemented by PH was the separation of the Prime Minister and Finance Minister posts. This was part of the promise that no one person would hold multiple ministerial positions. The practice of the PM holding both portfolios was both introduced and ended by Tun Dr Mahathir Mohamad.

Like all governments, PH cannot possible hope to keep all their promises. Some sounded like a good idea in the manifesto, but are difficult to achieve in reality.

While the new government has made it a point to try and lessen the people’s burden while keeping investors and economists upbeat about the country’s growth, some promises have fallen by the wayside but many of these are not directly connected to the rakyat’s day to day survival and earning a livelihood.

For instance, the government had promised to only appoint a Speaker of the Dewan Rakyat that has integrity and the respect of their peers. A promise that is extremely difficult to prove has been kept.

A Parliamentary committee was also meant to be established to oversee the appointments of key national positions, while MACC Commissioners were supposed to be voted in by Parliament.

Crucially, PH failed to overcome two major hurdles. Firstly, political pressure prevented the government from trying to ratify the Statute of Rome; which would put Malaysia under the jurisdiction of the International Criminal Court.

The Prime Minister said that the cabinet’s decision to withdraw from the international treaty was due to the public’s confusion about what it entails. Some parties drummed up support to oppose the treaty by saying that it would infringe on the special rights granted to Malays under the constitution.

Others argued that ratifying the treaty would be unconstitutional as it would impinge on the position of the Agung as the highest authority in the land.

Neither position is necessarily true, seeing that the Statute of Rome is meant to ensure that those suffering systemic racism, political repression, and other human rights abuses have an avenue of appeal. 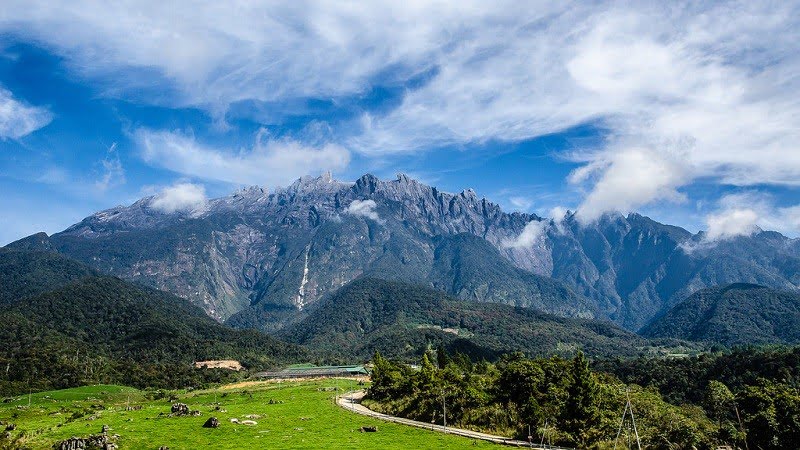 Secondly, PH also failed to gain the necessary two thirds majority to amend Article 1(2) of the Federal Constitution; which would have reinstated Sabah and Sarawak as equal members in Malaysia.

In this case, the opposition did not necessarily vote against the proposal; but rather abstained and allowed it to fail due to PH not having a large enough majority in Parliament.

There was a massive burst of patriotism and national pride shortly after the historic 14th General Elections. However, this has since become tempered by the realities of politics and Malaysians are feeling less optimistic than they once did.

According to a study by IPSOS, over half (57%) of Malaysians still believe that the country is moving in the right direction. This number is much lower than the 75% that held the belief just after the 2018 election.

Confidence in the local economy has similarly petered out over the last 12 months. Expectations of a stronger economy in the next six months has dropped off from 57% to only 27%. Most of this drop off comes from the young, urban, middle and lower income households.

While the euphoria of making history has worn off, day-to-day concerns have not. Worry about crime and inflation have remained steady, while concerns about poverty and inequality have risen slightly.

It goes without saying that concerns about corruption have taken a sharp dip (47% to 31%). Where do we go now?

So what is PH’s grade at the end of its first year? We can’t say. This is the first time we’ve actually had a government other than Barisan Nasional.

What we can say is that there has been some progress towards making improvements. We can also say that there are a lot more improvements still being debated in Parliament, or are currently in the process of being looked into.

Introducing better internet plans and the transit cards are major improvements; but the back and forth on petrol subsidies shows a lack of experience.

It’s impossible to judge a government solely based on its performance in a single year. After all, we have four more years for this group of ministers to grow into their roles.

There is no shortage of groups and parties looking to keep track of the new government’s progress including crowd sourced sites like Harapan Tracker as well as a host of non-governmental organisations both local and international. People need to be prepared to hold their governments accountable for their actions, and remind them that they are not guaranteed votes in the next election.

Malaysians also need to remember that change doesn’t happen overnight. We’re often caught in the trap of expecting things to happen, and happen now. This is perhaps a symptom of the Age of the Internet; where we can get goods delivered to us overnight and where websites can be fixed in a matter of hours.

Politics and government are another matter. Laws cannot simply be rushed through without proper discussion and planning. This is something that the new government has been learning through trial and error.

Ultimately, Malaysia is still on the right track. The economy hasn’t completely collapsed and there are still jobs available for those that need them. Vision 2020 probably isn’t going to be achieved; but the least we can do is get as close as possible to the finish line.