Home › Latest Articles › Lifestyle › No Quench For Your Raving Thirst In The Future?

No Quench For Your Raving Thirst In The Future?

In 2012, when the then Minister of Tourism Dato’ Sri Dr. Ng Yen Yen officiated the first Future Music Festival Asia (FMFA), the electronic dance music festival industry has just started to seep into the country, and a big and lucrative business was expected to explode in the region.

However, in 2014, when tragedy struck the international event who had already raked in RM52.5 million in tourist dollars the year before by bringing in 15,000 tourists, FMFA had no choice but to make a “right and responsible” decision of pulling the plug on the third day of FMFA in 2014.

“Obviously, there were a lot of disappointed fans. But the safety of the festival-goers must always come first, so we decided to heed the advice from the authorities not to proceed with Day 3 of the festival. I hope the fans will understand that it was the right and responsible thing for us to do,” said Rahul Kukreja, Livescape Asia’s director, to The Star in a 2014 article.

With the recent cancellation of Thirst 2015: We Are All Stardust event, many lamented the death of dance music festival, or popularly known as, rave, in the country

Here are three music festivals that have been cancelled, and how much loss they incurred to the organisers:

On April 24, 2015, the organiser of Thirst 2015, Future Sound Asia, received the worst news an event organiser could receive the day before the event – the revocation of the entertainment license by the municipal council, Subang Jaya Municipal Council (MPSJ).

After exhausting all avenues, the organiser had no choice but to announce the cancellation of the long-awaited, and much anticipated event featuring international acts like Dash Berlin and R3hab, 30 minutes before the gate opens.

This is by all means a PR nightmare. Industry sources were cited to estimate the total loss suffered by the organiser at RM5 million.

No confirmation was received on whether the organiser purchased the insurance coverage for the event, but the premium was reported to be high by the organiser of the Kuantan Music Festival. Before all these talks about the death of rave in Malaysia, let’s go back in time to what triggered the whole rave cancellations in Malaysia.

In the third instalment of FMFA in 2014, the organiser, Livescape Asia was set to deliver the biggest festival in Malaysia, or even Asia. It was forecasted to have generate RM112.6 million in tourism revenue for the country, if it were to go according to plan.

The cancellation news come amidst death of six concertgoers due to drugs overdose during and after the second day of the festival. It was a hard blow to the music extravaganza, which has reportedly attracted a staggering 75,000 festivalgoers and out of this number, 30,000 were foreign spectators.

Many fans were furious with the organiser, but Livescape Asia was just as much a victim as the disappointed ticketholders as they tallied up their losses to the tune of RM4mil. Immediately after the FMFA 2014 weekend that went horribly wrong, a small-time event set to take place in the east coast was cancelled.

The Kuantan Music Festival (KMF) by Crocodile Rock Production was forced to shut down the outdoor event, which was scheduled for April 4 and 5, after the police received a complaint from the Indera Mahkota UMNO Youth division members, who wanted the event banned following what happened at FMFA.

Due to the high premium of insurance coverage for events, Crocodile Rock Production did not take up any insurance policy, and was forced to absorb the loss of half a million when the festival was unexpectedly shut down. 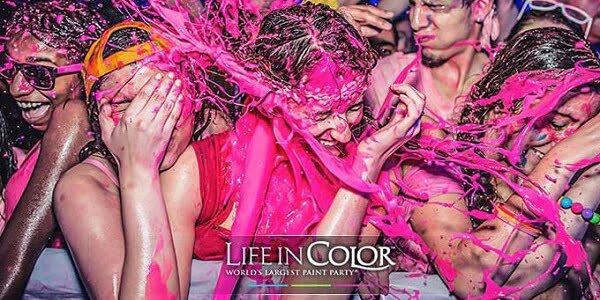 These are not the only festivals who suffered in the aftermath of FMFA 2014. Life In Colour Malaysia which was organised by the same organiser as Thirst 2015, together with Zouk Club Kuala Lumpur and Life In Colour, which hailed from Florida, USA, was voluntarily cancelled too. However, the loss incurred was never revealed.

The questions that run through everyone’s mind is, “Will there be another rave in Malaysia?” From the bleak outlook that we have today, the answer is most likely a negative – at least not for a long time. Set out with so much potential in revenue for the country a few years ago, the industry is now in ruins.

Hundreds and thousands of jobs were lost. When FMFA decided to move to Singapore for their 2015’s instalment, many Malaysians and industry players predicted the death of international festivals in Malaysia. And when even FMFA 2015 was cancelled by the Singaporean authorities, Future Music Festival Asia said a final goodbye to their fans.

With RM467 million allocated to drive the international events entry point project (EPP) under the ETP Roadmap in 2010, the overall GNI impact from this project would be RM427 million and 8,000 jobs were expected to be created.

This million-dollar industry was flushed down the toilet and millions of Ringgit was loss. Will it be resurrected again? Perhaps when the country is more ready for it.