K-Pop Fans Reveal How Much They Spend On Concerts

K-Pop fans go full force for their idols, it’s never done half-heartedly. When they love and follow a band, they try their very best to attend all the concerts, fan-signings, and buy all the merchandise. It might sound like something most fans would do, but it’s not.

Merchandising is a huge aspect of K-Pop; and bands are known to release different versions of their albums for die-hard fans to collect. Some of these only differ in that they are packaged with different cards and photos of the band members; making them highly sought after collectibles.

Fan meets are also a gamble. You have to buy albums to qualify for the fan meeting, and each album come with a unique code that will be chosen at random. Some fans have no qualms about buying 50 copies of the same album – so long as they get to meet their idols!

We were fascinated by this and wanted to learn more about how much K-Pop fans are willing to spend for their favourite artists and bands. We spoke to three fans from different countries – and here’s what they have to say.

25-year-old Jessica Tjoa started listening to K-Pop back in 2000.

“I was only 7 then. I mostly listened to K-Pop, J-Pop, and Canto-Pop the radio; but for some reason, I was always more inclined towards K-Pop. I would also buy a lot magazines related to K-Pop. One day, my mom decided to install the internet – and that was it. I totally stopped hanging out with my friends and watched K-Pop videos all day,” Jessica confessed.

“Shortly after that, I bought my first ever K-Pop album. It was Genie by Girls’ Generation. It was my most prized possession. I bought photobooks and all that too.”

“In 2011, I attended my first ever concert in Singapore. It was Girls’ Generation on their Asian Tour. My mom didn’t allow me to go at first, for financial reasons and because I had exams. At that time, I had just bought a Japanese version of the Girls’ Generation album, so I really had no more money. The album was about RM 300. In the end, I convinced my mom to let me go and she funded that entire trip. The tickets alone already costed $220 (RM540 – based on exchange rate in 2011).

“I usually don’t use my parents money for K-Pop related things. But there was this one time I was short of cash and desperately needed to get a plane ticket – so I needed an extra cash boost. This was in 2013. Girls’ Generation was about to lose a member, and it was my favourite member of the band. So I attended all three concerts to get a glimpse of her – in Indonesia, Singapore, and Bangkok. I took up a job in Chatime just to be able to afford the concerts,” she added. 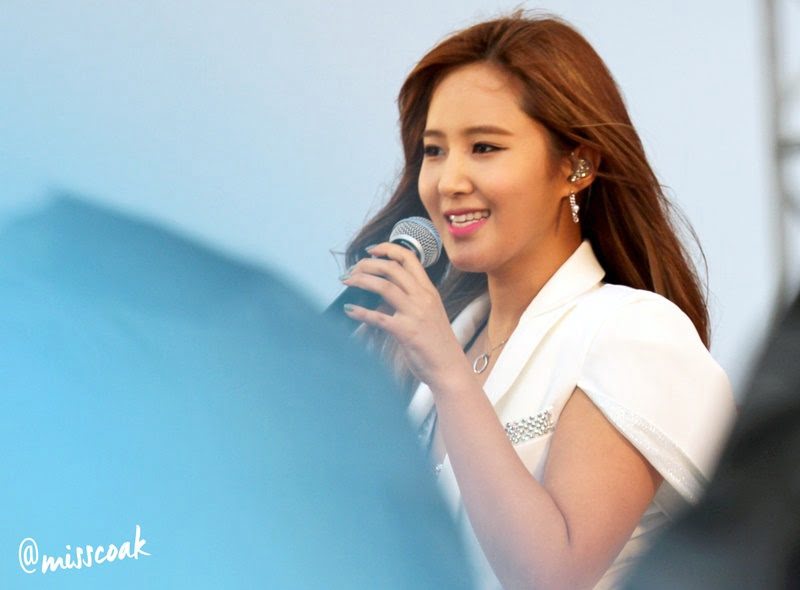 “The Singapore trip was a jackpot, because not only did I manage to get super-cheap flight tickets – I also met them at the airport!” Jessica sequaled.

Jessica also went to Sepang to catch Girls’ Generation perform at the F1 after-party in April 2015. She paid RM70 for that.

“In August 2015, I went to South Korea. They were performing on multiple TV channels, and I attended most of it,” she said.

“Once, I bought 10 albums to get a fan-sign (autograph), and it was the best decision ever because I got to talk to them. Fan-sign albums are usually a bit more expensive than the usual albums.”

In May 2017, Jessica attended her first solo concert of Girls’ Generation member Taeyeon in Bangkok.

Taeyeon came to Malaysia early in 2018 for a joint concert with other Korean artists. Jessica, naturally, paid RM500 for the concert ticket without much hesitation. 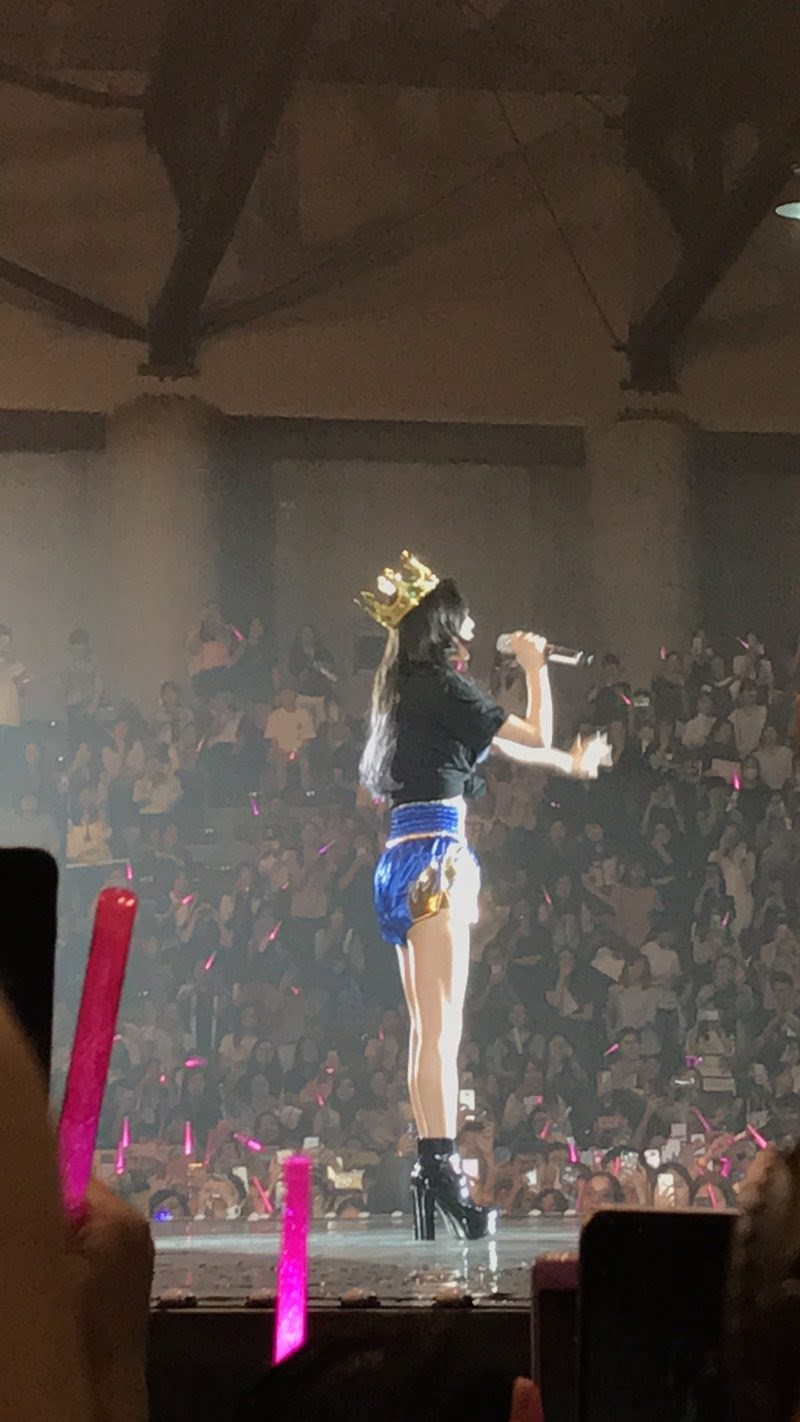 “After that, I went to see Tiffany – another Girls’ Generation member – in Bangkok for a fan meeting in September.”

Finally, in December 2018, she made another trip to Bangkok to catch Taeyeon in Bangkok for a two day concert, and of course, she attended both.

Jessica also noted that she has no plans to slow things down this year. In February 2019, she is already planning to see Yuri in a fan meeting in Bangkok. Ticket price for that is already a staggering RM700.

Wanyee has been following K-Pop for about 10 years now. She started out with TVXQ, Super Junior, and EXO –  but currently obsessed with BTOB (Born To Beat).

“They’re dorky, they sing very well, very talented. And they have real friendship among each other – it’s not just for the sake of business,” Wanyee said.

“They’re not as big as all the other bands, but they stole everyone’s hearts with “It’s Okay”.”

When asked if she travels a lot for BTOB, she explained that while they do have concerts every year, she was not in favour of flying to another country just for a concert. If she’s going to invest money, she has to make sure it’s going to be worth it.

“My most memorable travel was when I attended a fan meeting in Taipei. I was there to meet Sungjae – my favourite member from BTOB. My friends in Taiwan told me he’s going to be there. I was calculating the costs and all. In the end, when they unveiled the price, it was about RM400. So I thought it was a good deal.” “He sang about 4-5 songs, did some activities with the fans, and there was a guaranteed high-five. I was lucky enough that I was also chosen to take a picture with him.”

“In 2017, I went to Singapore for ION Orchard’s anniversary concert because Sungjae was invited to perform. The mall approached a fan site and asked them to attend as guests. Since I have a friend in the fan site, I was invited to join along,” Wanyee said.

“I was seated in the front and had a pretty good view of the stage – so I think it was worth the money,” she added.

Although she didn’t attend that many concerts, she spent thousands of ringgit on merchandise to compensate for it.

“Wow, now that I think about it, I bought so many things. I bought photobooks, polaroids, photocards, official lightsticks – all of which came up to about RM1000. For albums alone, I must have spent about RM400.”

Wanyee also went on a trip to South Korea to indulge in her favourite K-Pop fueled love for the country and culture. Even though that trip was not meant for any concerts, she made sure to visit the record labels, Cube and SM Entertainment. The entire trip came up to about RM3700. “I also spent about RM135 on beauty products from Tony Moly just to get the free BTOB posters – since they were appointed official ambassadors,” she said.

Phoebe, a sales manager from Singapore is a die-hard Super Junior and Infinite fan. She, like most other fans, is no stranger to traveling and buying a tonne of merchandise of her K-Pop idols. She’s been a fan of Super Junior since their early days in 2005.

“I don’t attend too many concerts, I’m quite picky. When I do go, I make sure I get good seats or some other perks. But I’ve attended many concerts in Singapore.”

“These are only the major ones, I’ve attended other K-Pop concerts too. Overall, I think I have spent close to RM6000 on concerts alone,” she said.

Aside from Singapore, Phoebe also loves traveling to Japan for concerts. She loves the place, the food, and the culture there. And also because K-Pop concert tickets are cheaper in Japan. “I always go to Japan for concerts – mostly because I love Japan! I went to Japan in September 2018 to catch the sub-unit of Super Junior in action,” Phoebe said.

“Concerts in Japan are generally cheaper and it’s the same price for the entire stadium,” she added.

When all three of them were asked if they regretted spending that much of money, all of them said no.

“I don’t regret spending the money because I love them and they have somehow become a part of my life. Definitely no regrets, and I’ll continue to spend for concerts and merch. Do what makes you happy!,” Jessica said.

Both Phoebe and Wanyee agree that they have no regrets either, mostly because they pick which concerts they want to attend and make sure they get the most out of it.

“I’m a working adult, and I have a lot of self-control. I also make sure I spend within my means – both financial and time-wise,” Phoebe noted.