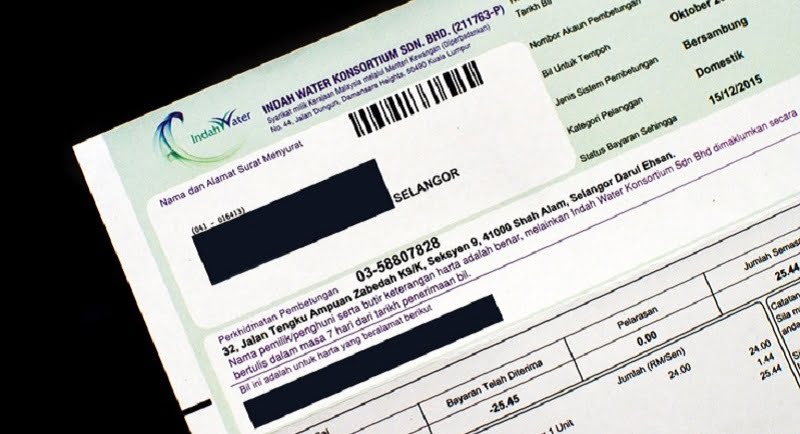 Indah Water Rates & Tariff Are Set For A Hike

The Government has finalised the new tariff structure and rates for sewerage services charges by Indah Water Konsortium Sdn Bhd (IWK). The increased rates will be revealed soon.

The secretary-general of the Ministry of Energy, Green Technology and Water (KeTTHA), Datuk Loo Took Gee, says the ministry wants to ensure the increase quantum will be fair to all consumers.

According to Loo, the ministry would issue a regulation on the new rates without having to amend the Water Services Industry Act 2006. They want to adopt a volumetric system for the new tariff but many water operators are not ready.

She also added saying that the revised tariff must be approved by the Cabinet before the ministry can start implementing it.

Loo assured that the ministry has studied the matter in detail and the rates for the different consumer groups will be below the cost of supply. This includes the current RM8 imposed on domestic consumers.

Loo says that IWK should be allowed to revise its rates, to encourage it to become a viable entity in carrying out its obligation towards a sustainable sewerage industry. Currently, its profit is not enough to cover its operational costs.

Its last tariff revision was in 1986 and the rates for commercial customers had been reduced thrice since.

The National Water Services Commission (SPAN), which regulates IWK, proposed a tariff restructure three years ago based on water usage instead of a flat rate. However, their proposal was strongly opposed by consumer groups.

“As the system is only designed to treat waste water, rubbish can cause sewerage pipes to be blocked and damage the system, leading to more costs for repair works.

“If this culture continues, we will definitely need a higher tariff. SPAN’s position is a tariff hike is long overdue,” he said.

Under Section 61 of the Water Services Industry Act 2006, no person is allowed to dump any harmful substances or matter that is likely to damage the public sewage treatment works or interfere with the free flow of its contents. Offenders can be fined up to RM100,000 or jailed up to one year or both.