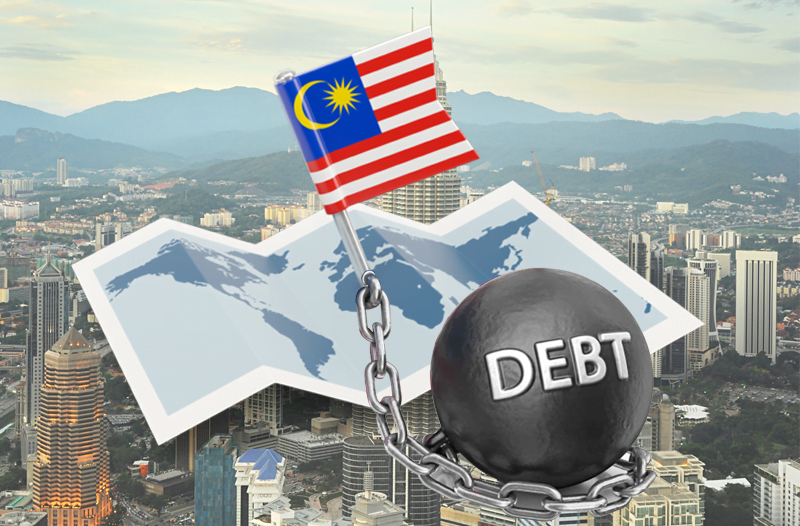 Malaysia is not likely to see a decline in household debt despite slower growth in household loans last year.

According to a report by StarBiz, economists and analysts opined that the official figure of household debt-to-gross domestic product (GDP) ratio for 2016, which will be out next month, may be lower but further improvement over the next few years may not be sustainable. With the PR1MA end-financing scheme and increased loan limits for servants to purchase homes, motorcycles and computers/smartphones introduced in Budget 2017, RAM Ratings co-head of financial institution ratings Wong Yin Ching said there may not be a sustained reduction in the household debt-to-GDP ratio in the coming years.

“Overall, we expect the household debt-to-GDP ratio to be sticky at around current levels,” said Wong.

According to Manokaran Mottain, chief economist of Alliance Bank Malaysia Bhd, if consumers are unable to pay their debt, yet it increasingly grows every year, then this would be a point of concern.

There are a few factors that could lead to that, such as higher inflation in 2017 because it adds to the cost of borrowing. If the GDP growth is at a slower pace than household loans expansion, then household debt to GDP ratio could be steady or even rise.

“We are of the view that the ratio would stay there for a while, before a meaningful decline is expected to occur,’’ Manokaran said.

Despite slower growth in household loan in recent months, Malaysian Rating Corp Bhd chief economist Nor Zahidi Alias said that the household debt-to-GDP ratio is expected to remain elevated over the near term, unless nominal GDP growth accelerates sharply, which is highly unlikely at this juncture.

“With real GDP growth expected to be around 4% this year, we do not foresee any surprises in household debt statistics in the near term,’’ Zahidi said.

Simon Chen, vice-president and senior analyst of Moody’s Investors Service, expected household debt-to-GDP ratio for 2016 to moderate from the 89% level recorded at end-2015.

Deceleration of growth in household loans

The economists interviewed agreed that that household loan would continue to decelerate.

CIMB Investment Bank senior banking analyst Winson Ng said the expected weaker residential mortgages growth this year is due to the foreseen soft property market and the waning “pipeline” for property loans from those approved in the past two to three years.

With the elevated cost of living, Manokaran expected consumer sentiment to remain relatively soft but there are chances of turning around in 2017.

Therefore, the base case outlook for household loans growth and consumption would maintain at 2016 level with cautious optimism for upside growth, he added.