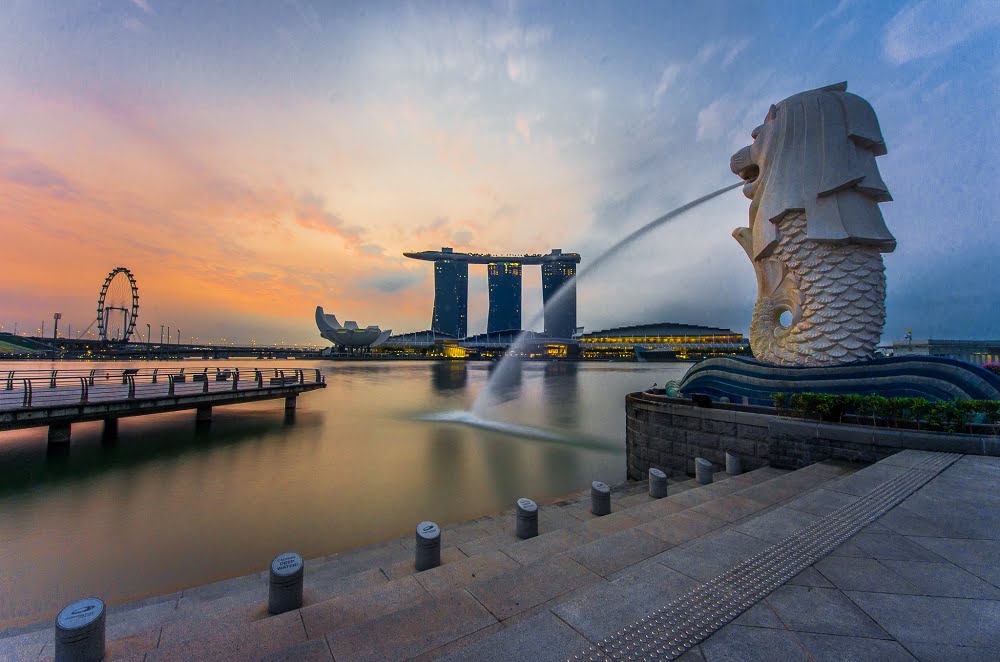 Jon M Chu’s Crazy Rich Asians is the current buzz all over Hollywood and Asia. Starring the likes of Henry Golding, Constance Wu, Michelle Yeoh and Awkwafina, the film opened in cinemas on the 23rd of August and instantly became a hit among movie-goers. As of 27th August, the film has raked in USD$79 million (RM324 million) in box office collections.

Crazy Rich Asians is based on the 2013 novel written by Kevin Kwan. The novel tells the story of ‘crazy rich’ Singaporean families and follows their lavish lifestyle. Almost all the characters in the film are decked in designer clothes, and they dine, holiday, and rendezvous in luxurious, high-end venues.

We know you watched the movie in envy and cursed the fact that your family isn’t crazy rich. You probably can’t afford to rent an entire ship to throw your friend a bachelor party, but you can visit at least seven places from Crazy Rich Asians – all for under RM300 (minus travel expenses). Don’t believe us? Here’s the rundown:

Production designer Nelson Coates was tasked to turn the church into a tropical fantasy – and he did a fantastic job at that. We do not recommend that you book this church for a wedding if you’re not a crazy rich Asian, but you can still head over to Chijmes to hang out at its restaurants and bars – or just talk a walk around.

As soon as Nick Young and Rachel Chu touch down in Singapore, Nick brings Rachel to the most notable hawker food center in Singapore. Along with his cousin Colin and his fiancee Araminta, the four of them try out a variety of delicious street food at the Newton Food Center.

Some of the foods you can try at the Newton Food Center is the satay, fried oyster omelette, fishball noodles, fish porridge, chili crab, and so on. It’s possible to cap your spending at $20 here, but feel free to indulge!

After Nick proposes to Rachel on the plane and she accepts, the two have a grand engagement party at Ce La Vi, the exquisite rooftop far situated at the Marina Bay Sands Skypark.

We actually assumed that this place would be the most expensive to enter – but it’s quite the opposite. The cover charge for this skybar with a 360 view is only $20, and it is inclusive of a drink! That is almost as much as what we pay to enter a club in Kuala Lumpur, so we think this place absolutely needs to be on your list. Ce La Vi also boasts highest number of locally-based resident DJs who are well-equipped to help you party the night away.

Aside from the rooftop bar, Marina Bay Sands Skypart also has a restaurant and a club lounge that has an open terrace – which means you can sip on a drink while enjoying the city skyline.

This row of Peranakan style shophouses is the place Rachel and her best friend, Peik Lin, frequented during their venting sessions. Humpback is located at Bukit Pasoh Road and cocktails start at $22 (RM66). But you can make use of the happy hour and pay only $19 (RM57). Humpback is also well known for their oysters, which are priced at only $3 (RM9) each!

Since the setting for Crazy Rich Asians is (supposedly) the most Singaporean ever, producers couldn’t leave out its most iconic landmark. Nick and Rachel have a brief discussion about their future at the Merlion Park, with the iconic Merlion statue in the background. The Merlion Park is located at One Fullerton, near the Central Business District of Singapore. It’s completely free of charge if you want to take a stroll and a tonne of pictures for Instagram – and hey, maybe some hot, rich Singaporean guy will propose to you and you can turn him down too..

6. Gardens By The Bay

If you were wondering what was that spectacular venue where Colin and Araminta’s wedding reception took place, it was here at Gardens By The Bay. A man-made garden that was built on a million-dollar budget, the setting looked like it was plucked straight out of Avatar. It would cost more than a bomb to rent this place out for a wedding or party – but it’s completely free if you want it for a date night. Talk a stroll in the Supertree Grove, while enjoying the ever-changing lights that contribute to the romantic ambience. There’s also a music and light show that takes place at 7.45pm and 8.45pm every night.

When Nick and Rachel landed in Singapore, Rachel made a few comments about the Changi Airport that made us want to pack our bags and immediately fly down to Singapore. As Malaysians, we are well aware that Singapore Changi airport is one of the best airports in the world, and the movie did well to cement that fact. If you want to a taste of luxury without having to travel very far, the Changi airport has you covered. The airport has a rooftop cactus garden, swimming pool with jacuzzi, an enchanted garden with glass and mosaic structures, an entertainment deck with Xbox and movie theater, and much much more. The best part about this is that you can experience all these upon landing, so you can already check one place off your itinerary.

You can visit most of the gardens at terminal 1,2 and 3 for no charge at all. On top of that, the entertainment deck is also free of charge – so knock yourself out. You can also catch a free movie at the movie theater – the movies play all day so just walk in and make yourself at home!

Cost: Free (if you have a flight to catch)

Malaysians, this is the perfect opportunity for you to go an Crazy Rich Asians set tour in Singapore – especially since we have at least 3 long weekends coming up. Drive down with your best friend, or stay the night, take plenty of photos, make sure to use the tips and let us know how it goes!