Home › Latest Articles › Money Management › How Emotional Are You About Money? 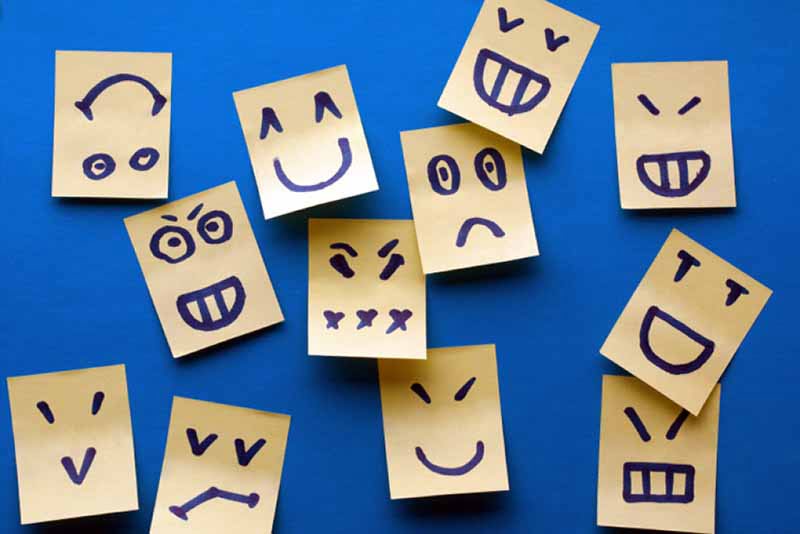 How Emotional Are You About Money?

“Do you know exactly how much money you have?” I asked.

“Why don’t I help you calculate that?” I asked. “It’ll help you know exactly how much assets you have.”

This was a conversation from late last year. My friend used the word “afraid” to describe his relationship with money, but his facial expressions and body language suggested he was more terrified.

Mind you, this wasn’t some 23-year-old fresh graduate. This was someone who’s (by my estimates) a closet millionaire.

But why do we attach emotions to money? And are those emotions actually hurting us?

What’s your history with money?

Looking back at my history with money, I’m ashamed to say that I never understood it till my mid-twenties.

Of course, I knew the math and the practical uses of money. I knew how much things cost, and how to pay for them. What I never fully understood was this: where does money come from and what does it really represent?

I suspect most people are the same. We see the practical uses of money, but because no one ever formally taught us personal finance — money takes an almost mythical form in our minds.

Like when we look at a 50 ringgit note. Do we see it as a magic pill to solve all our problems (“Hey I need to get more of these notes! Then I can pay off all my debts and buy even more stuff!”) or for what it really is: A piece of paper that only holds value because the government says so, and because everyone else believes in it. If everyone just decides to stop accepting the RM50 note tomorrow, it would become worthless.

The problem isn’t with the pieces of paper, value or the government. But my fear is when people don’t understand something like money, we start to attach all sorts of irrational beliefs to it.

Here’s another example: let’s say your father lost a lot of money in the 1997 Asian Financial Crisis (when you were growing up) and told you, “Don’t ever play the stock market — it’s gambling, you’ll lose, and won’t have enough food to eat.” You might develop a fear of investing.

But is investing in the stock market gambling? Not necessarily, depending on how you do it. Will you lose? Sometimes, but there are ways to evaluate risk and cut losses. Will you starve? No — if you manage your money well.

Because if you don’t understand money, then you can’t fully optimise it.

What are your feelings about money?

Here are some common feelings I’ve seen people have about money, that aren’t good for you:

Lust
Commonly seen in money-addicts; lust for money can make you do things you normally wouldn’t do. As the saying goes, “The love of money is the root of all evil.”
Fear
Commonly seen in poor people: “I’m not going to be like one of those evil money-minded people. I just want enough, and not let money corrupt me.”

Shame
Seen in both high-income earners and low-income earners: “I feel inadequate. But if I could just make more money, I could be a better husband/wife/father/mother/son/daughter…”

Anger
“The government sucks and my bosses suck. The cost of living is going up, and I can’t afford nice things anymore. It’s not fair!”

Jealousy
“See that guy driving his BMW? I bet he’s a corrupt businessman with rich parents. How else could he be so rich at this age?”

Because here’s my theory: the better you are at isolating emotions from money, the better you become at managing it. Like how emotionless computers can beat humans at Chess and Go now, and how your hustler cousin won all your ang pow money during Chinese New Year poker — we could make better money choices if we’re less emotional about money.

But of course — you and I are not machines. And let’s be honest — none of us can fully control our emotions.

But we can all take the first step by being more aware of how we feel about money. And if there are unhealthy feelings there — we can start by changing our behaviour.

What’s your future with money?

Here are five beliefs and actions to counter the negative emotions most people have about money:

You will never be able to make enough money to satisfy lust. The more you have, the more you will want. Would it be better to be content with what you have? (This doesn’t mean you don’t try to improve your finances. It means you draw the line between healthy ambition and destructive greed.)

Suggested action:
Create a detailed breakdown of how much money you really need. Everything else beyond that is a want.

2. Money is a neutral tool

If you think money is evil — you will never accumulate wealth (unless of course, you view yourself as an evil person). You will lead a life with poor money habits because of your poor beliefs. It is much better to view money as a neutral, yet powerful tool.

Suggested action:
Consider all the good things that your money can do in this world (e.g. helping to feed the poor or cure cancer?)

3. Self-esteem does not come from riches

How you feel about yourself should not be dependent on how much money you make or how much you have in the bank. As a person, you have inherent value, worth and dignity.

Suggested action:
Surround yourself with people who will love you no matter how much money you have. If you’re not sure they’ll love you, talk to them and find out.

Life sometimes throws us sucky situations — like corrupt politicians and increasing petrol prices. But all of us can do things to respond to bad events. We are not powerless — we can create change.

Suggested action:
If you’re angry about something — stop complaining. Start doing something to help solve the problem.

5.  Be happy for others (Compersion)

Suggested action:
Whenever you’re feeling jealous, practise gratitude. List down blessings that you’re grateful for in your own life. Even better, try to get to know the person you’re jealous of better. You might learn something from them.

No one will ever be completely free of emotions when it comes to money. But changing our beliefs and behaviour can help us manage those emotions better. And it can help us make rational decisions that will be good for you and your money.

After all, when it comes to money, you should really be happy.

Image from US News