Home › Latest Articles › Properties › What Are Tiny Homes, And How Much Do They Cost? 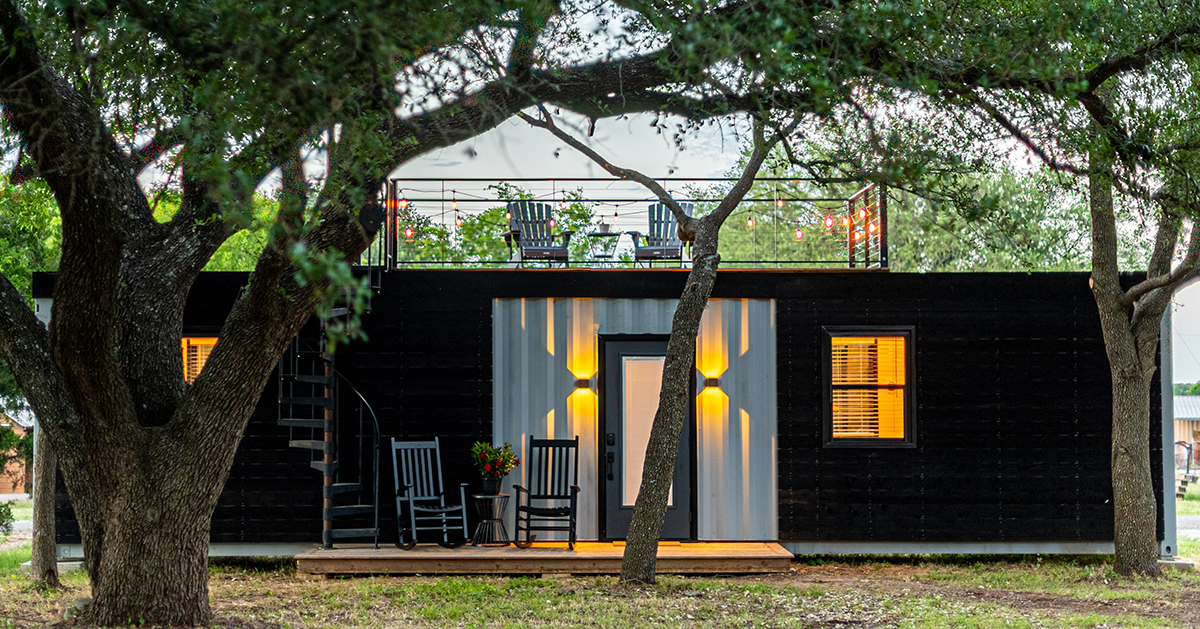 What Are Tiny Homes, And How Much Do They Cost?

Let’s say you’re shopping around for your first home. You earn RM5,209 a month (the median household income last year), and you’re looking to get a home valued at RM320,000 (the median home price in Malaysia).

If you put aside 10% of your income, or RM520, every month towards your new home, you just might save up for an RM32,000 down payment in about five years. Plus, don’t forget other upfront costs – this home could cost around RM13,000 in legal fees and stamp duties. That’s another two years of savings.


Assuming a 4% annual interest rate on a 30-year mortgage; figures are for illustration purposes only

And these estimations are on the optimistic side – about 25% of Malaysians reside in Selangor and Kuala Lumpur, which have median prices of RM405,000 and RM495,000 respectively, which are higher than the national median. On top of that, home prices are outpacing our incomes.

In other words, buying a home is expensive.

To spend less on a home purchase, you could:

Tiny homes take this a lot further. They typically range from 100 to 600 sq ft (smaller than a studio apartment, which is usually 300 sq ft and above) and are commonly built outside suburban areas. 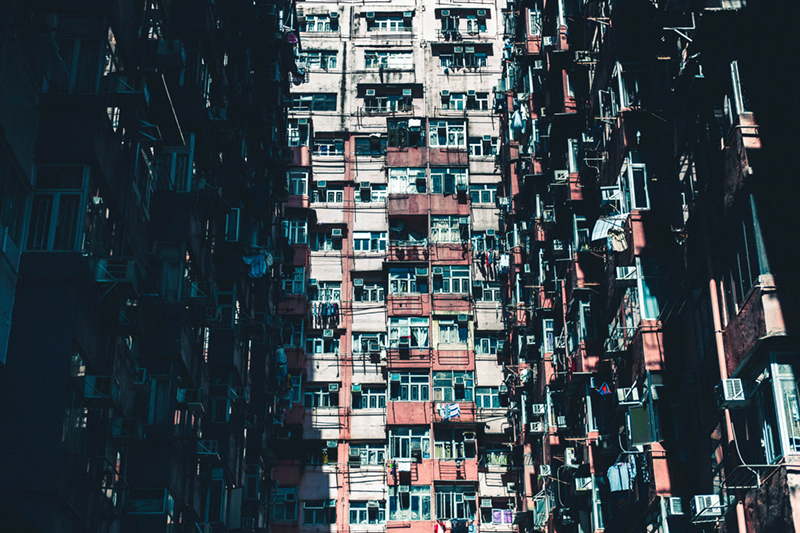 Tiny homes differ from micro housing, which refer to high-density housing projects built by developers in cities. They tend to fit one occupant only, and have just enough space for a bed and small furniture. If you need a kitchen and a bathroom (which presumably you will), you’ll have to access the communal living facilities provided. These dwellings are popular in countries like Hong Kong, where rents are high and land is scarce.

But micro housing has its drawbacks. Back in 2019, the Kuala Lumpur City Hall (DBKL) announced that it would introduce micro homes for single B40 Malaysians. Detractors worried that it would lead to overcrowding and poor living conditions – much like what Hong Kong’s micro apartment dwellers face today. And besides, it may not address the real problem, which is the lack of long-term affordable housing projects. 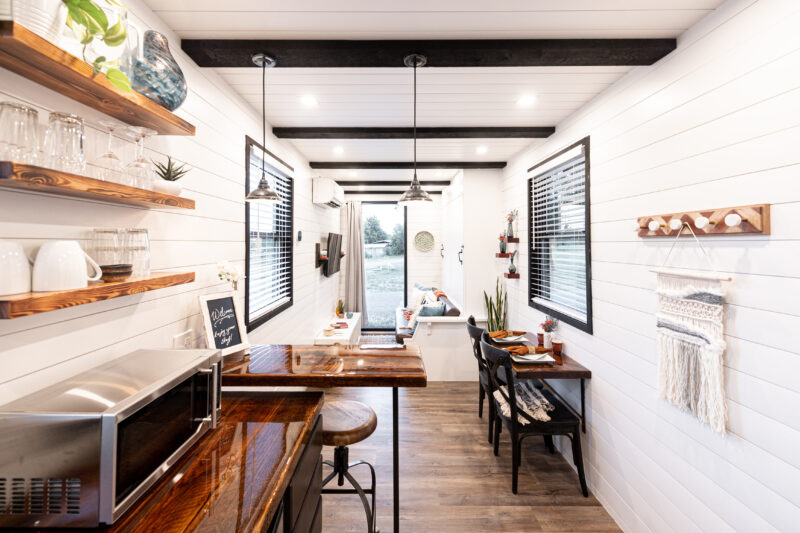 Inside a container home

Tiny homes aren’t associated with these downsides. In fact, they’re almost romanticised. A Google image search shows tons of beautiful, well-lit homes, usually against a backdrop of some idyllic countryside.

These homes are typically built or contracted by individuals. They’re popular in the US, where the tiny house movement has spawned a whole industry, and at least a dozen reality tv shows. While they aren’t as common in Malaysia, they’ve got their fans – the Tiny House Malaysia group on Facebook has over 180,000 members, and there’s even a show about tiny homes on TV3.

Tiny homes come in many forms, but common ones in Malaysia include:

How much do tiny homes cost?

Based on our research, hiring a contractor may cost upwards of RM35,000 (based on a 240 sq ft home, excluding land, landscaping, logistics and furnishing costs). You could also build it yourself for a little less (assuming you have the right skills).

Here’s are actual costs of a few residential tiny homes that have been built in Malaysia:

As you can see above, there can be a big variance in costs, even among similarly sized houses. That’s because your costs will vary depending on a couple of factors, including:

If you’re interested in finding out more about the costs of specific materials or other expenses, Atiqah Nadiah Zailani has written extensively about designing, building and furnishing a tiny home. Atiqah’s home – also known as the Meraki Tiny House – is a 520 sq ft, off-grid, solar-powered and rainwater-harvesting tiny house about an hour’s drive from Kuala Lumpur.

Here’s a breakdown of the materials she used: The cost of building the Meraki Tiny House amounted to RM156,000 (and over RM285,000 when including the cost of land, energy & water, furnishings and miscellaneous costs).

But finding land may not be easy

The biggest factor that determines the cost of your home may not be its size or materials.

Generally, the closer you are to the city centre and the better the surrounding amenities, the higher the premium you’ll pay. According to listings on PropertyGuru, a piece of freehold residential land in Bangi may cost RM30 per sq ft, but around RM340 per sq ft in prime locations like Country Heights Damansara. If you’re buying a 2,000 sq ft piece of land, that could mean RM60,000…or RM680,000 (for reference, a bungalow plot in KL is usually 4,000 sq ft and above). This means that during your location hunt, you may have to find a balance between affordability and distance from central areas.

“Location was basically decided based on the affordability of the land I could buy and the maximum distance I was willing to drive to reach the house from KL. So I surveyed a few land for sale around Selangor and Perak, and eventually settled on the area I’m in now,” said Atiqah, when we asked about how she decided on the location of her home. 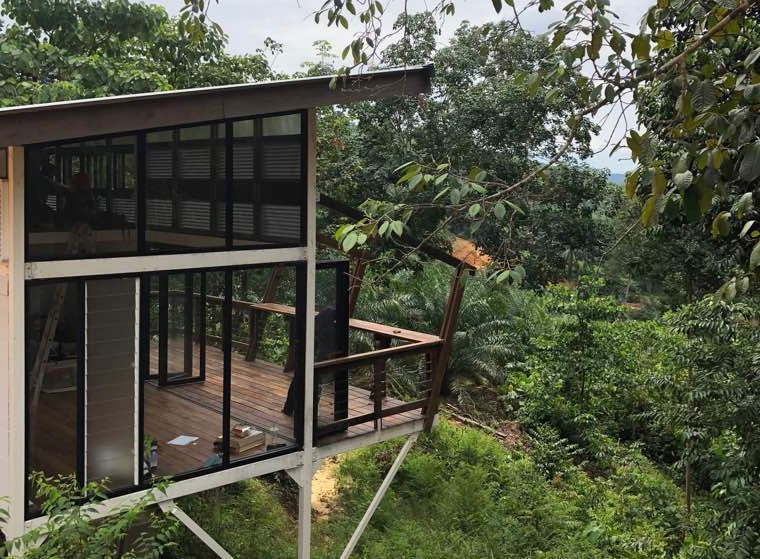 A tiny home offers a cheaper alternative to the conventional six-figure mortgage, but it’s also a lot more than that. For some, it’s a chance to own a home where conventional housing would have been out of reach. For others, it could be a way to be more environmentally conscious – research in the US suggests that living in a tiny home could reduce your ecological footprint by almost half.

“There are many reasons one would choose to have a tiny home: to downsize, to simplify, to be environmentally- or sustainability-conscious, to design a certain lifestyle of one’s dreams – whichever the reason, one should be clear as to the ‘why’ and to design the house to fit that purpose and the needs unique to each individual or family,” said Atiqah.

“The good news is that there are so many resources and examples of people building really cool, customised tiny houses that the possibilities are endless,” she added. “I encourage people to enjoy the process, the lessons and the evolution of both the house and themselves.”