Home › Latest Articles › Money Management › Can You Make A Living From Live Streaming? 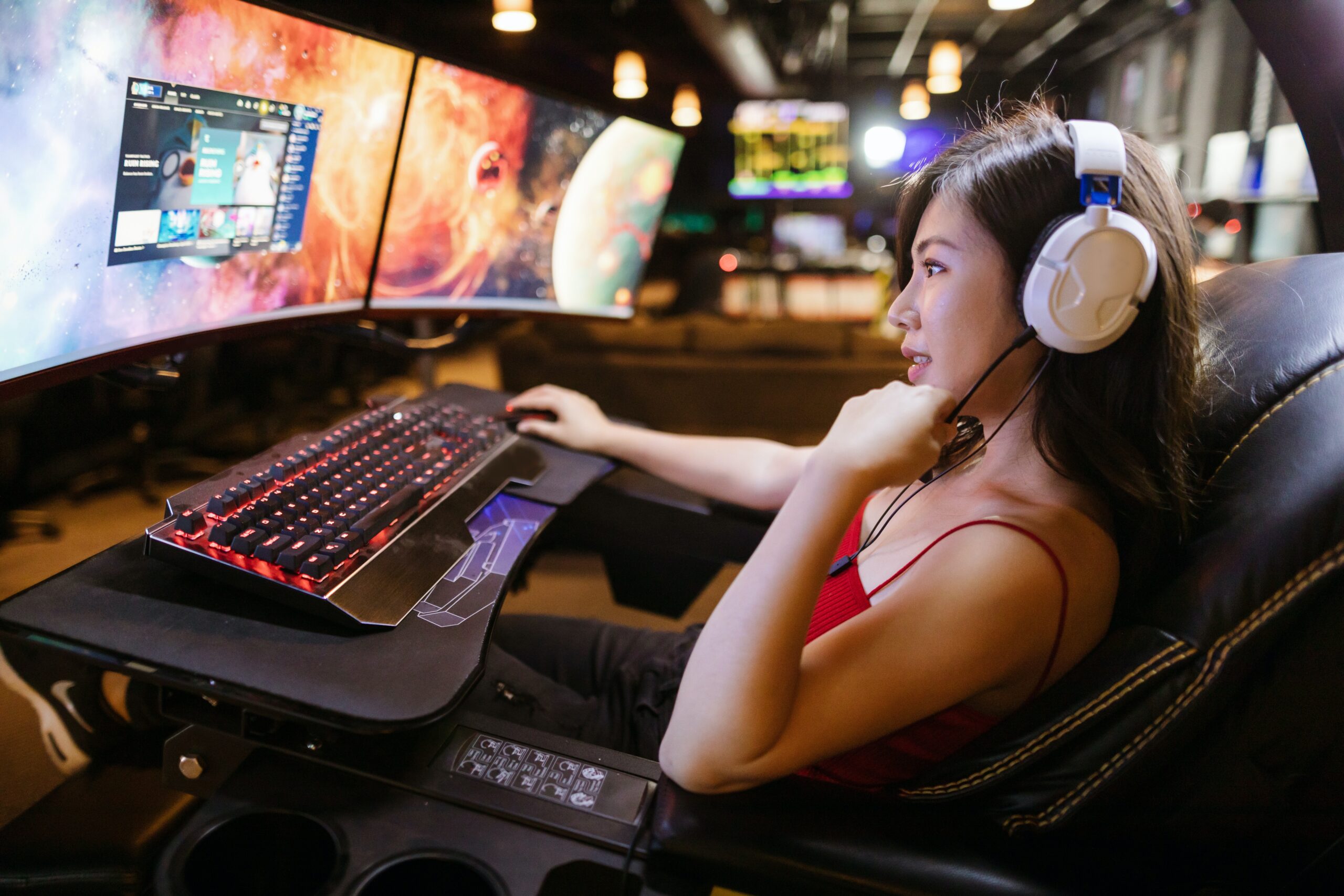 Can You Make A Living From Live Streaming?

Online streaming viewership rose dramatically during the almost 18-month COVID imposed lockdown. This was not just limited to providers like Netflix and Amazon Prime TV, but also for content creators on YouTube and Twitch.

In fact, the world’s most popular streaming platform, Twitch.tv saw a massive 50% jump in viewership numbers in March and April of 2020, while Youtube garnered over 300 billion views in the first quarter of 2020 – 13 per cent more than the fourth quarter of 2019 and 11 per cent more than Q1 2019. Another huge winner from the prolonged global lockdown was Facebook Gaming, Facebook’s streaming platform saw a 72 percent growth between March and April and a massive 238 percent jump in growth over last year.

All these numbers show us that the streaming/Youtube space experienced massive growth, which made it one of the very few industries that benefited from the pandemic. As a result, we’re seeing many individuals hop on the bandwagon with the hope of making it big.

But how lucrative is the profession? Can you make a living wage as a streamer? To answer this question, we got a firsthand account about making live streaming a career from two content creators.

Can you make money from streaming?

If we’re talking strictly about the Western part of the world, then the answer to this question is simple; yes you can. And you can make amazingly good money as well.

Recently, a Twitch.tv leaked document showed just how much the top 100 streamers in the world made annually. Critical Role, a channel centered on playing popular role playing game Dungeons & Dragons, earned more than 9 million US dollars between August 2020 and October 2021. The top solo act, xQc, earned close to 8.5 million US dollars playing video games in the same amount of time.

But does this mean that there is a similar amount of money to be made from streaming locally?

After all, live streaming in Malaysia is fairly new, unlike in the western world, where it’s been around for more than two decades.

To help us answer this question, we spoke to Intan Serah, a Facebook Gaming live streamer who has more than 500k followers on Facebook. Intan started streaming in 2020, a little bit before the lockdown in Malaysia started. 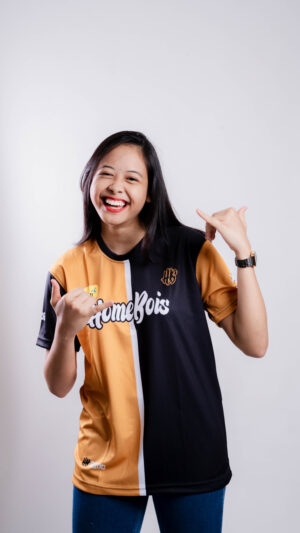 According to her, streaming can be lucrative, although it’s stability in the future leaves much to be desired. She also shared with us how her streams and generally how all streams through the Facebook Gaming platform are monetised.

“With Facebook Gaming, the main method of monetising your streams are from the Facebook Stars you get from your audience. Facebook Stars are a tip system developed by Facebook for the audience to donate to and tip the streamers they like,” said Intan Serah.

Intan also shared that other than the Stars they get, if a streamer gets big enough they can also be approached by Facebook via a third party handler to become a Facebook Partner, a yearly contract deal which rewards the streamers with a monthly paycheck.

“Other than that, Facebook also offers streamers the chance to open a Supporters hub, where audiences can pay a monthly subscription to gain access to exclusive content and other perks,”  she added.

So now we know that you can make money from streaming, now the question is, just how much can you make?

It varies from streamer to streamer, said Intan Serah.

“Because how much a streamer can make monthly depends on the stars they get, the subscriptions they can get from their supporter hub, or if they’ve gained Partner status with Facebook, their monthly paycheck. But a top local streamer on Facebook Gaming can make upwards to RM10,000 per month,” she explained.

For this question, Intan Serah says that this also depends from streamer to streamer.

“For streamers who rely solely on their Facebook Stars and Supporter hub, the amount they make may vary from month to month. But for streamers who have managed to get a partnership with Facebook, there will be some sense of stability, as they will get a fixed amount from their monthly paycheck,” she explained.

Intan also added that streaming in Malaysia is still very new and in its infancy, which means that it’s stability in the future is still very much uncertain. So, Intan supplements her income from streaming with other avenues.

“Other than just the income I get from streaming, I also do a lot of other influencer side jobs to supplement my income, because I have no idea how long I can sustain myself with streaming alone,” said Intan.

While speaking to us, Intan also shared just how she manages her finances to ensure sustainability.

“For now, I invest my money using a few investing platforms, and also I have a savings account in ASB to ensure that I have savings in case of emergencies,” she added.

While it is possible to earn an income live streaming, but this does not mean that it’s the same for everyone.

To understand the monetary gains that can be made from content creation, we also got in touch with Najmi Abdul Rahman, or better known as The Kampung Nerd, a prominent Malaysian Youtuber with almost 50 thousand subscribers on his Youtube channel. 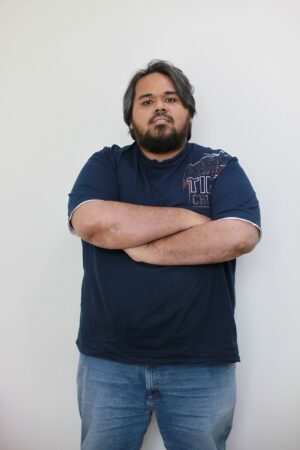 According to Najmi, content creation can be a very fun and fulfilling profession, even financially but it’s not without its pitfalls.

Najmi started his career way back in 2016, but it wasn’t until early this year that he decided to focus on his Youtube channel full time.

When speaking about his income from Youtube, Najmi paints a very different picture.

“As much as I would like to share my earnings, it is not as much as everyone thought. Majority of my earning is from sponsored video, doing advertising for certain brands. As from Youtube itself, it is barely much and I wouldn’t say it is a living wage, especially during this day and age,” said Najmi when speaking to us.

On the subject of financial stability of his Youtube career, Najmi says it is not stable enough.

“No, I will have to say that it is not stable enough, my subscribers count is pretty minimal from other big Youtubers. However, most of my earning is from sponsored videos and it depends on the project. Also, I do other sort of affiliate programs such as Shopee Affiliate and it does help a lot,” he explained.

Najmi added that he uses a lot of financial tips and tricks to ensure that he’s getting the most out of his money, while also still having enough money for savings.

“Always have a backup plan such as a backup bank  account for saving. There is really no shortcut here, you have to be very careful with your budget, what you purchase that month and just plan ahead. I use a debit card, just to track and budgeting my game purchases to limit myself. For example, RM300 for that month and you can only spend that much for that particular month,” Najmi shared about his own budgeting example.

Najmi also mentioned that if anyone is interested in content creation, a solid backup plan is needed.

“Do not gamble everything on Youtube. Back in 2016 when I started, I barely make anything and had to find a day job, just to survive really. But then again, living with my family and not paying rent helps a lot. How I manage is really just trying to think of Youtube as a hobby first. If you go on Youtube and think of starting a channel as a career, then you will be disappointed,” stressed Najmi.

So as a conclusion, you can make money live streaming, but before you jump into this or Youtubing as a career choice, you need a solid backup plan in case it doesn’t work out. Even better, have a financial plan to help you navigate through the ups and downs of this profession.