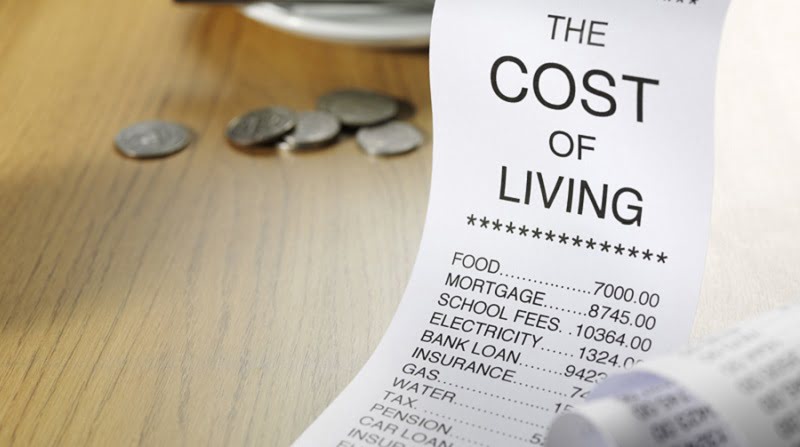 What Do Malaysians Expect From Budget 2016?

Recently, many issues such as weakening Ringgit and political uncertainties have been a subject of debate among Malaysians. In line with that, we asked what Malaysians expect from the upcoming Budget 2016 are.

With the ever rising inflation, increased cost of living has been an ongoing concern for Malaysians. In order to combat that, here are some of their suggestions for the upcoming Budget:

Sashikumar, 30, from Penang, hopes that the Government will look into subsidies that will focus on inflation control and standardising cost of living across Malaysia.

As a young father, S. Aghonderan’s, 36, from Kelantan, concern is very much on the cost of education and general living cost, especially for those with a family to support.

He hopes to see special allocations in terms of education, especially for local private tertiary education. The main fees and other expenses can saddle graduates (if they take up a student loan) and their parents (if the parents support them) with crippling levels of debt. A basic business course in private university cost RM50,000 now and this can double or triple by the time his daughter grows up. While in a public university, it cost approximately RM15,000 and would still cost less than private education in many years. By regulating private university fees or providing equal opportunity for all Malaysians to join public varsities, parents like him can be assured that higher education would no longer be a huge financial burden.

The Government should also lower the prices of property and car for Malaysians, while increasing basic salary and creating more job opportunities.

As a mother of the two kids, Azlina Taib, 35, from Malacca is concerned of the similar cost of living worries like Aghoderan.

“I am a stay-at-home mum and we (me and our two kids) depend on my husband’s salary. I hope the Government will exempt GST for daily household items such as biscuits, instant noodles, baby milk powder, baby diapers and other toiletries items such as toilet rolls, soaps, and shampoo. This will help ease our current financial burden a little,” says Azlina.

Her suggestion would be that the tax relief of RM1,000 for children under 18 should be increased to RM3,000 to match the current high living cost.

The prices of land and properties have spiked up so much that they are becoming unaffordable to majority of the people. Thus, Azlina reckons that the Government should devalue all the property prices and re-set the base rate.

“They should have a mechanism to control the profit margin set by the developers and agents. The ceiling rate for a house should be customised according to the type of house and location (urban or rural). With that, the younger generation will be able to buy at least one house,” she adds.

Sivadass, 40, from Pahang, hopes that the minimum salary for Malaysians should be increased from RM900 to at least RM1,200. Increasing minimum salary will not only help them cope with the increased cost of living, but also help reduce poverty. Since the Government is now charging 6% GST for selected goods and services, he also hopes the government will continue to reduce the individual income tax rate.

“The Government should reduce the GST rate to 3%, so that the lower and middle-income families like mine would not be negatively impacted”, says Sivadass. Currently, cost of living has hiked up for the public with 95% of daily items being subjected to 6% GST. “There is nothing wrong with the depreciation of the Ringgit. Most of the ASEAN countries are facing the same problem too, like Australia. Even Singapore has spent hundreds of billions just to keep the Singapore dollars high. The devaluation of Ringgit helps stabilise the number of imported products from China. Equally, the increase or drop in crude oil prices is not within our control. However, it would be great if there would be an allocation of funds in fighting corruption instead,” says Eugene Cheong, 24, from Kuala Lumpur.

De Winn Ch’ng, 25, originally from Perlis but now resides in Kuala Lumpur, too suggests that the Government should focus on improving economic fundamentals. Money should be invested in infrastructure, human capital and technology that will stimulate productivity growth, which would lead to higher growth of GDP and eventually strengthen our currency. The Government should also invest in human capital by providing financial assistance for SMEs, to support local talent development towards high-value research and development opportunities which will make innovation pervasive.

By reducing the number of abandoned projects, which is plaguing the construction industry, could possibly help to avoid the need to use the public fund to revive them. This can be done by governing the property development industry. This includes property city planning for systematic future expansion.

Sarimah Said, 42, from Terengganu seconds this, hoping that the Government will have allocations to widen the current rail system to the Eastern states as well. This will definitely shorten our journey from KL back to our hometowns in the east of the Peninsular. The rail system should be two ways and had commuter and ETS services. The rural areas should be equipped with more:

Akmal Twadi, 33, from Sabah, who finds that the development in Sabah and Sarawak has been partial compared to the Peninsular, urges the Government to subsidise the difference in prices due to shipment cost especially for vehicles, as people there do not have good public transportation system, such as LRT or KTM. Prices in Sabah and Sarawak should be the same as the prices in the Peninsular. A bridge connecting Labuan Sabah should be built to support the increase in prices for goods and house rental in Labuan.

He continues to hope that the Government will further develop Sabah and Sarawak as many rural areas are still far behind without basic facilities such as good roads linking to other towns. Besides, more development projects should be done in East Malaysia, to bridge the development gap between the cities in the east and west of Malaysia.

“By removing or reducing the excise duties on new cars, we are better able to cope with the rising inflation,” Kamal says.

This is especially true when he expands his business by investing in luxury cars. At the same time, for the benefit of the general public, he urges the Government to look into improvising the current public transportation system to have better performance, timing and frequency.

Jeff Chen, 28, from Perak, on the other hand, is adamant that the BR1M should be abolished and the allocations should be channelled to provide Malaysians with monthly petrol vouchers. Or the BR1M allocations can be used to create more job opportunities by providing skills training to Malaysians.

From the responses we received, the biggest concern of Malaysians is the rising cost of living. Most of them are hoping that Budget 2016 will introduce various initiatives to help them cope financially – with property ownership still one of the top concerns. Let’s wait and see how the national budget will address all these concerns!

Find out what Malaysians think of Budget 2015? Did it meet expectations?