Out of ideas on your next getaway? We've got you covered!

Taking time off work in December is a very modern tradition. A combination of school holidays, Christmas celebrations, and the impending arrival of the new year create a massively festive atmosphere. Try to get work done and you’ll find yourself daydreaming about being anywhere but the office.

The optimal time to take your annual leave this year is from December 25 to 29 (assuming you have no Christmas duties to attend to). This span gives you a five day weekend, while only needing to apply for two days of leave.

Traveling on Christmas day also reduces crowds and congestion as people are less likely to be flying around on that day as well.

Now, if you can’t splurge on Europe, Japan or even the Caribbean, we have a nearer destination that promises all the tourist trappings of a year-end getaway at a relatively decent budget.

Just head over to the Laos. A country that is often overlooked, yet still holds the same exotic culture as it’s more famous neighbours like Vietnam and Thailand.

A typical street in Luang Prabang. 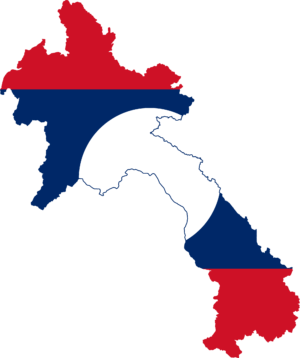 Besides being extremely popular, the northern province of Luang Prabang and its eponymous capital are among Laos’s most atmospheric destinations.

This charming city is considered to be the country’s spiritual heart, having once been its capital. It sports a rich meld of French Indochinese architecture alongside traditional Theravada Buddhist temples.

Its location just slightly north of the equator gives Laos a pleasant climate in December. Just right for taking long walks while exploring the numerous historical sites, marketplaces, and tourist traps across the city.

It’s not a white Christmas, but Luang Prabang will definitely make you stand out while trading holiday stories in January. 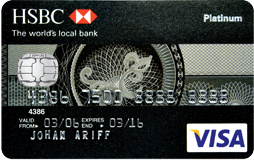 Enjoy Flight and Travel Accident coverage of up to RM1,500,000
Apply Now

Royal Palace. This former royal palace evokes traditional Lao and French beaux-arts architecture. It was built in 1904 and was home to King Sisavang Vong, whose statue stands outside. Within are tasteful residential quarters, with some rooms preserved much as they were when the Communists took power in 1975. Separate outbuildings display the five-piece Royal Palace Car Collection and the Floating Buddha photography exhibition of meditating monks.

Handicraft Night Market. This touristy but highly appealing market is set up every evening along Th Sisavangvong and is one of the Luang Prabang’s biggest tourist lures. The market consists of traders hawking everything from silk scarves, to wall hangings, to Hmong applique blankets, to bamboo lamps. Also available are more traditional touristy souvenirs like t-shirts and keychains.

Green Jungle Park. This slice of natural paradise was reclaimed from a rubbish heap and is located some 30 minutes away from the Royal Palace. It houses a series of ziplines and rope courses for the adventurous types to traverse across the trees and embrace nature. There’s also a viewing area where visitors can stop to admire retired logging elephants.

Phu Si. This hill is often referred to as Mount Phu Si, despite being only 100m tall. It sits in the heart of the old Luang Praba city, between the Mekong and Nam Khan rivers. At the very top is a 24m tall temple known as Wat Chomsi; a favourite destination among tourists that provides a magnificent view of the city.

Night Food Stalls. It’s not a holiday in Asia without visiting one of the many night food stalls around the city. Luang Prabang is no different, with local dishes like Ping Pa, Khao Nom Krok, and Khao Soi being sold by the roadside.

‹ Previous Next: 6 Steps To Budget For Holiday Travel ›