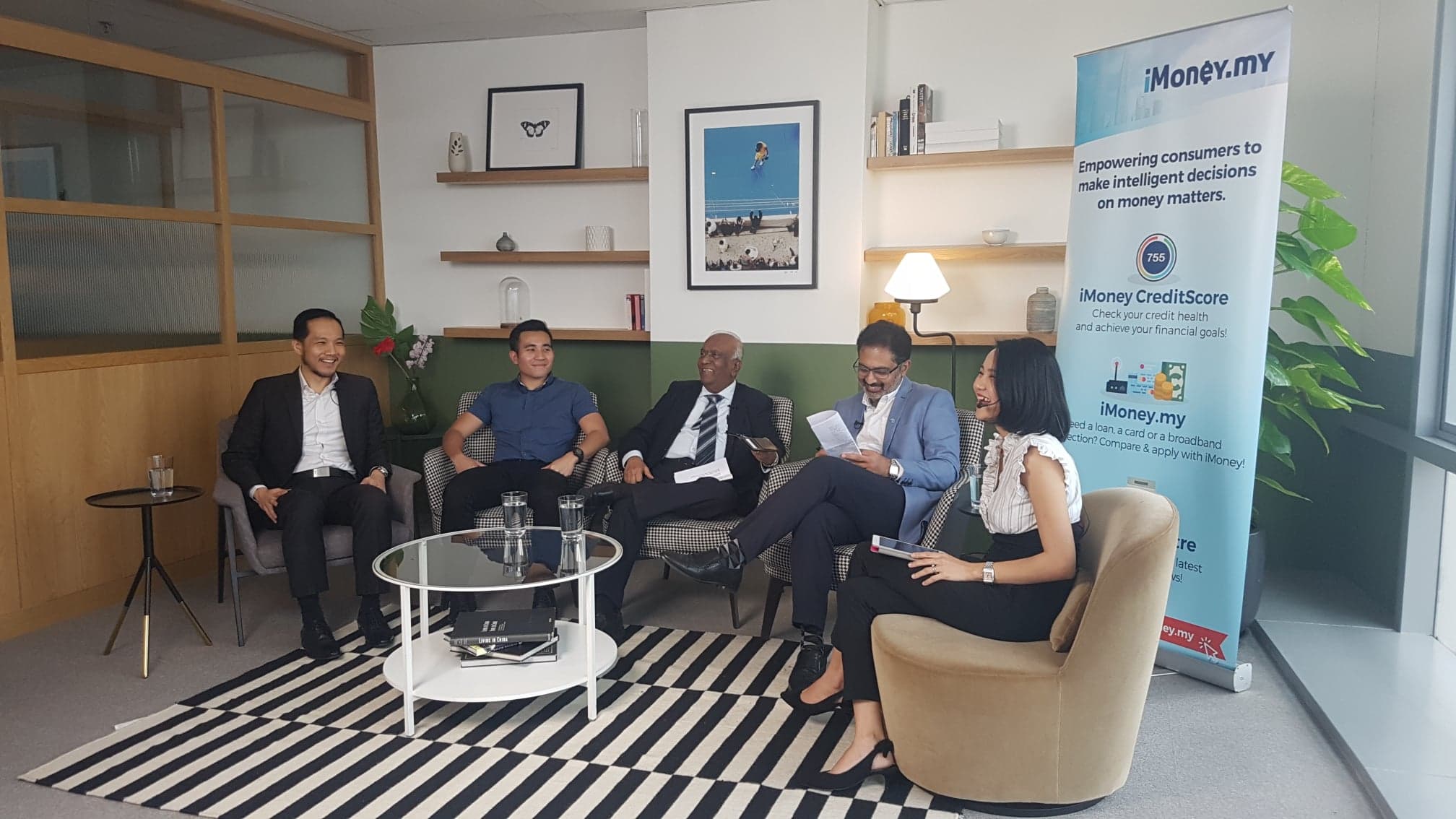 Budget 2019: Your Budget FAQs Answered By Panel Of Experts

Pakatan Harapan’s first national budget will be tabled on November 2, 2018, and we Malaysians cannot wait to hear what the new government has planned for us.

Finance Minister Lim Guan Eng has already made sure that we don’t get our hopes up. Malaysians have been told that this will be a ‘sacrificial’ budget that will require us to tighten our belts. We’ve also been told that the country is engulfed in RM1 trillion debt.

We invited a panel of experts to share their predictions and insights for the impending Budget 2019. The panel was made up of:

All indications show that this will be an austere budget, based on what the Prime Minister and the Finance Minister have said. The new government has given us the impression that they feel the need to reduce expenditure; even the numbers planned for public investment is set to be reduced. Shahril Hamdan, deputy UMNO Youth Chief, finds this to be quite troubling.

“According to my belief and the ideology that I subscribe to, I think this is the moment to increase public expenditure,” commented Shahril.

“This idea that you can reduce government expenditure hoping that private investments will go up – how are you expecting private investments to go up if you cancel contracts when they need it? How do you expect private consumption to also go up if you give mixed signals as to what you believe on cash transfer programs, like BR1M, assistance to farmers? The government has indicated its ambivalent stance to these policies. But finally, we are able to see what the economic ideology of Pakatan Harapan is. And it seems to be a neo-liberal, belt-tightening, reduce deficit kind of administration, as opposed to a balanced one – but we’ll see, come 2nd November,” he noted.

Don’t neglect the well-being of the rakyat

According to Steve Chia of PwC Malaysia, a household income goes to three things: housing, food and beverage, and transportation. Hence, some form of targeted financial assistance in these areas will help. There are also spoke about a monthly, discounted, transport card for the B40, as something the government should look into.

Tan Sri Ramon added that Malaysia’s economic policies must be reviewed and extended to cover all income groups and based on needs.

“Implement the policies and review it. Let the people be aware. And if the government doesn’t deliver, whichever government, we must call them out. The poor must be looked after. The B40 must also be cared for. Otherwise, we will keep having problems of brain drain, migration, capital outflow,” he iterated.

BR1M: To scrape or not to scrape?

Shahril says that abolishing BR1M is an overreaction. Tan Sri Ramon echoes his sentiments by saying it that government could have considered other alternatives.

“I think we have to be very careful about scraping something if we don’t have an alternative. Scraping BR1M may not mean anything to us in the upper class, upper middle class, lower middle class. But for the poor, BR1M can be very important. There may have been some abuses, you hear about people getting BR1M and then they go out to celebrate. But if there are some schemes in place, where the handout is given in the form of vouchers for education, for clothes, or other essentials, that will help a great deal.” said the Former Deputy Secretary-General of the Ministry of Finance. Is SST really better than GST? Not really.

According to iMoney’s Budget 2019 survey, 47% of Malaysians do not care about the GST or SST; on the other hand 35% are pro-SST. It’s common knowledge that GST is more progressive tax system, and Malaysia took a risky step by reverting from GST to SST. So what are some steps that can be taken to enhance the SST to make sure the government does not lose its revenue?

“SST is a narrow tax system, as opposed to GST which is multi-staged and covers almost everything. If you look at the exemption for consumer goods, more than 5,000 goods are exempted under SST. So, theoretically, you should see price reductions,” said Steve Chia.

“The real problem lies in the implementation of it. Are the savings actually flowing down to the rakyat? This is where anti-profiteering legislations should come in. MDTCA (Ministry of Domestic Trade and Consumer Affairs) recently did a study comparing prices of good from May and September 2018, trying to cuff out the tax holiday period. Apparently, 70% of prices of goods dropped after GST is abolished,” he noted.

Shahril pointed out that there are two things missing from the GST/SST discussion; a) there’s a recent narrative that prices are not about taxation alone and b) the RM20 bil government revenue shortfall.

Reverting to SST might actually incur losses for the government, so why this move? Perhaps the PH government would justify it by saying it was a manifesto promise, but there are a slew of other promises that they could have looked at. GST is a far more efficient tax system. Why ask people to ‘belt-tighten’ when they intentionally implemented a policy that reduces government revenue?

Tan Sri Ramon agrees, saying that the GST need not be scraped, it could have been revised. The government could have easily scraped a whole lot of items from the GST list (essential items) to lessen the burden of the people. But scraping GST was a popular thing to say at the time, because no one likes paying taxes.

The recent KRI study showed that Malaysia has only 9 years of actual education and 3.1 years of wasted education. This sounds like a massive disappointment, given that education takes up a huge chunk of the budget every year.

“I wouldn’t say we’re not spending enough on education, the question is whether we’re spending the money in all the right areas,” Shahril said.

“I think we have to start at the basic level. That means basic infrastructure concerns that still exists in many schools in rural areas. Do the basic level in ensuring there are enough supply of teachers. Aside from the basic stuff, you must also place certain bets on how do you ensure that a couple of clustered schools really become champion schools. This also relates to universities. In the last budget, there was a discussion to push UM to become one of the Top 100 universities in the world. But there’s always the socialist voice that will say it’s unfair to put maximum resources in one university, because everyone has got to rise together.”

Shahril thinks it’s okay to allocate a certain amount of expenditure for building champions – like champion universities, champion school models that can set an example for future education policies. That’s better than being stuck in a conundrum where we’re always fragmented and always have uneven development.

“When we try to make everyone happy, it’s sub-optimal. Everyone will be unhappy. Do the basic stuff, but also bet and invest in certain areas. This is not the 80s or 90s anymore where you can just do maximum input and get maximum output, we need to be bold and take risks with policies,” he added.

Chia mentioned an interesting point that one of the areas that can use a bold step is TVET (Technical Vocational Education and Training), but there has been no concerted effort from the government to move it forward. But that’s also a mentality problem, because most Malaysian parents want their children to have a degree and to land a white collar job. There’s a lot of potential in TVET that we fail to see.

“If you look at countries like Germany and Japan, they grew with the backbone of a TVET style education. I think that is something the government can address and as the link has been missing for a while,” Chia said.

What do the rakyat really want from Budget 2019?

Tan Sri Ramon notes that what the people want is very simple; they want less inflation and they want their basic needs covered. However, he knows that the government cannot get everything done in one budget. Which is why the long term five-year plan must have a structure that encourages competition. He thinks that a lot of the inflation comes from too much protection, crowding out the private sector with the GLCs. If the role of GLCs is to balance employment, there are other ways to do that too.

He hopes the new government does not constrict the economy and get the private sector to play its role.

Tan Sri Ramon added that the budget is an instrument that brings joy, happiness, and relief to the people. It must also have a sense of fairplay and equity. If one group of people start feeling like they’re not benefiting as much as others, then they will react against it. As a result, budgets and five-year plans will be unpopular.

Shahril weighed in and said he hopes this budget will be a game changer. He’s hoping to see some bold moves by the PH government. He also said that we need to future-proof the economy which the previous government started. There will be a lot of pushback as Malaysia has only done things one way the last 30 years, but PH has to strike while the iron is hot.

Shahril added that Pakatan now has immense political capital (trust, goodwill, and influence a politician has). It should seize the moment and make real changes instead of continuing with a populist centrist hodge-podge stance on managing the country and economy.