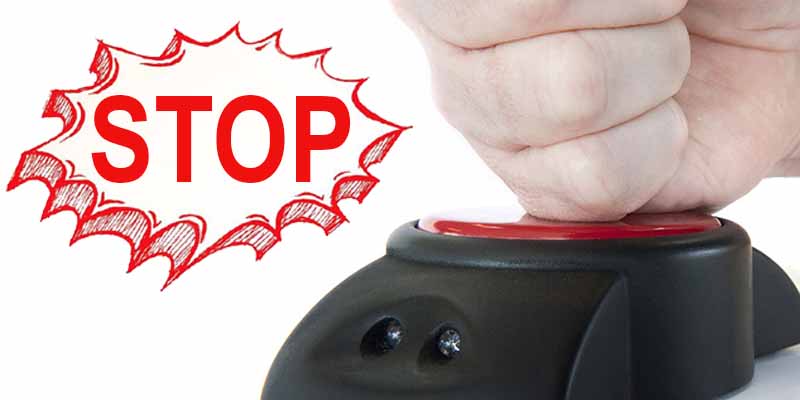 Investment Guide: One Trick To Help You Keep Your Wealth

If you’ve lived through the infamous 1997 Asian financial crisis, you would have surely heard of people who’ve wiped out their entire wealth in the stock market. Sounds pretty frightening, but believe it or not, it is completely avoidable.

It doesn’t matter if you find the best stock in the world, because without cash, you wouldn’t be able to buy it anyway. That’s why the first – and by far most important – rule of investing is to not lose the money that you already have.

We’ve all bought shares that have fallen 10%, 30%, 50% or more, which probably seemed like good ideas when we bought them. You might tell yourself a loss isn’t a loss until you sell, and that if you sell now, you might miss the rebound that will make you some of your money back.

This is probably the biggest mistake that can lead you to lose everything.

It’s hard to admit defeat but it’s important for investors to have a disciplined approach to selling losing positions. It may mean losing a battle, but it also means not losing the war, when your poor investment decisions start to pile up.

The math of selling your losers before they turn into big losers shows why.

Let’s say you bought shares of Bursa Malaysia-listed Parkson Holdings (PKS). The shares have traded as high as RM6.67 within the past 10 years but now trade at around RM0.83. Let’s imagine the worst-case scenario and you bought shares near the peak, at say RM6.00. That means you’re now sitting on an 86% loss. But that doesn’t mean the shares would have to move up 86% for you to break even. PKS shares would have to move up almost 625% just to get back to the RM6.00 level. That’s a very big move. And counting on 600% returns is not a good way to build an investment portfolio.

Even smaller losses make it difficult to break even. A 50% decline in your PKS shares to the MYR3.00 level would mean that the share price would have to double before you make your money back. Earning 100% on a stock doesn’t happen that often.

The key to preserving your capital is to limit your losses so you don’t need to wait for a rebound. The best way to do this is to use a trailing stop.

A trailing stop involves selling your shares, if necessary, at a pre-determined level below the current market price. Then when the share price moves up, you adjust the stop price level. That way, you know exactly how much you will gain, or lose, as long as you actually trigger the sell at your trailing stop level.

For example, if you bought shares of PKS at RM6.00, you might set your trailing stop at 20% below that level, or RM4.80. As long as you stick to the strategy, you will limit your loses.

If PKS shares were to rise to RM6.60, you would then adjust your trailing loss level to 20% below that price. That means your sell level would be RM5.28. If the shares rose to RM7.00, your trailing stop would change to RM5.60.

One important point: make sure you don’t put a standing market order in at your trailing stop level. Make sure that you make it a mental level – not one that you tell your broker. There are too many ways for clever traders to use open trailing stop orders to their advantage – and your disadvantage. For instance, they may bid down a stock to reach your stop loss level, fill your order, then bid the stock price back up again. As a result, you would take a loss even if the stock ends the day with a higher price.

This means you will have to monitor what the stock is doing – not necessarily every day, but often enough so you know what’s happening. Then when the price approaches your mental stop level, place an order.

The key thing is to follow through. If your trailing stop is hit, you need to sell – don’t second guess yourself or rationalise a decision to hold the stock. Just like in a battle, don’t let emotions make the decisions, and you may just avert losing the war. If you are able to use this trick effectively, you’ll still have money to trade another day.