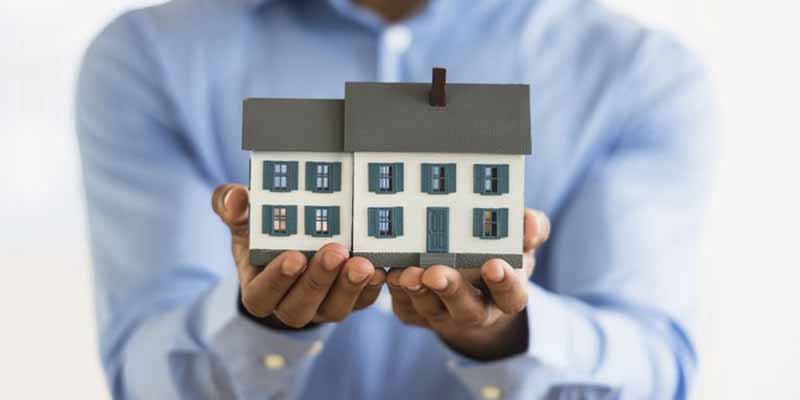 Developers Home Financing: Is It Good News For Buyers?

Zero down payment, free furnishing, free home insurance coverage and even ‘creative’ naming of the development are just some of the tactics developers have been using to push the sale of their new developments.

What else can they do? How about helping you get financing from outside of a bank to help with your purchase. The recent news to add to the list is 100% financing will soon be offered by developers in order to help them sell their units.

According to Tan Sri Noh Omar, minister of the Urban Well-being, Housing and Local Government, eligible developers can now apply for a money lending license from the ministry to offer up to 100% financing.

The catch is, these home loans offered by the developers will only be up to 20 years tenure, with an interest rate of up to 12% (with collateral) and 18% (without collateral). That’s pretty steep compared to what’s being offered by commercial banks.

“This proposal is a win-win solution for both developers and house buyers,” Noh added.

Developers offering financing is not really new. In March this year, Sunway Berhad made the news by offering 88% financing to home buyers to boost sales.

Before we decide on whether this is a good or bad idea, let’s take a look at the real reason why this idea was mooted in the first place.

Is the rejection rate really soaring?

This might be a workable solution if the problem for the sluggish property market is really due to tighter lending restrictions and higher home loan rejection rates. However, this may not be the only reason why properties are not flying off the shelfs for these developers.

Between January and February this year, the mortgage rejection rate in the country stood at 20.39% on average, while residential properties above RM3 million saw the highest rejection rate of 36%.

Clearly, lending restrictions and rejection rate are not the reasons why the property market is not doing as well as before.

The truth is just that the property market is slowing down.

According to the Knight Frank Malaysia’s Real Estate Highlights for 1st Half 2016, the volume and value of residential property transactions have been declining in the capital city of Malaysia, Kuala Lumpur. The transactions declined by 8.3% and 11.4% respectively in 2015 when compared to 2014.

The same goes to the property market in Selangor. According to NAPIC Property Market Report 2015, the volume of property transaction in the state fell by 5%, while the value slipped by 7.7%.

So, what is the real reason?

If it’s not financing, then what is it?

The general slowdown in the real estate market is largely due to the cooling measures previously introduced by the Government to curb excessive speculation in the property market. These measures include hike in Real Property Gains Tax (RPGT), abolishment of the Developer’s Interest Bearing Schemes (DIBS), and increment in the minimum purchase price for foreigners.

These measures have met their objectives because the property market has definitely slowed down because there are less property speculators in the market. However, genuine buyers still want to buy properties, especially for the first-time home buyers, but there is a gap between the supply and demand.

Potential buyers are looking for affordable housing, while developers are churning out high-end properties that cost at least RM1,300 per square foot in Kuala Lumpur. This has resulted in these properties not moving, and many buyers unable to purchase their first property.

According to Bank Negara Malaysia’s 2015 Annual Report, in 2014, only 21% of new housing launches in Malaysia were priced below RM250,000. This is alarming because only houses priced up to RM165,060 are considered affordable to a median Malaysian household with a monthly income of RM4,585 and below.

This is further exacerbated by the lacklustre domestic economy. Many investors are adopting the ‘wait-and-see’ approach towards all their investments, including real estate, amidst the uncertainties surrounding the market.

Is it a good idea?

How does allowing property developers to provide 100% financing, at a much higher interest rates and lower tenure help in this situation?

Currently, the country’s national household debt to gross domestic product (GDP) ratio in 2015 stood at 89.1%, and 56.2% of the debt is due to purchase of  residential and non-residential real estate.

By allowing developers to issue loans for residential properties at a much higher interest rate may drive household indebtedness even higher. As a knock-on effect, non-performing loans in the country will grow in tandem.

Now, there are many reasons why a property buyer does not get approval for housing loan, such as bad credit health, high debt-to-service ratio, insufficient income, to name a few. However, if your home loan is rejected and you are thinking of getting a loan from the developers, you are looking an extremely high monthly repayment due to the higher interest rate and also shorter tenure.

Mortgages work on a reducing interest mechanism where you will continuously pay off your principal to reduce your interest payments as you progress. It’s likely that these loans from money lenders will work on a flat rate basis. That is, your interest is calculated up front and spread across the tenure resulting in a MUCH higher repayment. One that you can’t do anything about – unlike flexi payment options provided by banks where you can reduce your principal further.

However, the scheme can also be used to cover the shortfall, for those who failed to secure maximum margin of finance, which is 90% of the property purchase price. Here’s how it works:

* Assuming the mortgage interest rate remains the same throughout the 30-year tenure.

This is a huge amount. The amount you will be paying every month takes up about 51.4% of your income, if your take-home pay is RM7,000.

In the event that you are a property investor and you are on to your third property, and as such will not be eligible for 90% loan from a commercial bank anymore. Getting the top-up loan from the developers may not be your best idea.

Here’s how much you can probably save if you opt for a personal loan instead:

However, it is important to note that by getting a personal loan, your loan will be listed in your CCRIS report, which will affect your overall debt-to-service ratio when you apply for another credit facilities in the future.

From the three different scenarios above, none of them point to why this is a win-win situation for both buyers and developers. This is especially detrimental to first-time home buyers.

There really is no shortcut to buying your first property. The best way to get it is still to manage your finances well to save up enough to afford one. If you decide to go on the highly leveraged road of purchasing your home, you need to ensure that you are financially capable in committing your loan obligations for the next 20 to 30 years.

Image from The Balance.