The time of the year has arrived once again, with Budget 2016 ready to be tabled by our Prime Minister Datuk Seri Najib Tun Razak on October 23, 2015. In conjunction with that, the general public was encouraged to participate in the annual ritual budget survey hosted by Najib’s official website.

Here, the public can share their general views based on 15 budget topics, including cost of living, healthcare, education and others. The rest can then choose to like or dislike the suggestions posted.

Let’s look at the top six things Malaysians have spoken out for in the #Bajet2016 survey:

National Higher Education Fund Corporation (PTPTN) has always been a topic of debate among Malaysians, especially when PTPTN took drastic steps of blacklisting the loan defaulters and restricting them from leaving the country at the airport. It was one of PTPTN’s initiatives to make the borrowers realise that it’s their responsibility to repay the study loans so that PTPTN has enough funds to provide loans to other students in future.

Another initiative taken by PTPTN to reduce loan defaulting rate is by introducing the Ujrah interest rate to 1%, compared to the conventional 3% interest rate.

During the tabling of Budget 2015, the Government announced a rebate of 10% to borrowers who consistently make repayments for 12 months until December 31, 2015 and an additional 20% discount for borrowers who made lump sum repayments by March 31, 2015.

Despite various initiatives, PTPTN’s collection rate is still low at 46%. PTPTN only succeeded in collecting RM6 billion out of the RM13 billion due to them. They require RM5 billion each year to fund students pursuing their higher education.

However, the general public is now suggesting that the Government abolish PTPTN’s interest as this is burdening the borrowers. If not abolishment, they suggest the Government offer several discounts tiers, as follow:

MyBrain15 is a sponsorship programme initiated by the Government for postgraduate study at the Masters and PhD levels created under the 10th Malaysia Plan. The objective of MyBrain15 programme is to reach 60,000 Malaysian PhD holders by year 2023, in conjunction with their agenda, “Malaysia as Centre for Knowledge Enhancement and Innovation”.

This programme aims to increase the number of local professional workforce that is highly knowledgeable and skilled, with innovation and creativity to help grow the local industries and economic sector.

The public wants the Government to sustain both the MyBrain and MyPhD initiative as this would help many students to further their postgraduate studies – subsequently increasing Malaysian literacy level. They hope the allowance will be increased to RM1,200 to RM1, 500 for Masters students and RM2,500 to RM2,800 for PhD students.

Students are currently burdened financially as the cost of various items, such as books, educational website subscription, food, and lodging, has increased.

The Goods and Services Tax (GST) was an integral part of Budget 2014 and 2015, and was also widely debated by the public. Finally, its implementation took place on April 1, 2015 with GST charged at 6%. GST was implemented primarily to replace the sales tax (10%) and service tax (6%), in an effort to generate additional revenue to offset the Government’s budget deficit. The GST tax structure was divided as: To find out how GST really works, check out our GST infographic here.

Ever since its implementation in April, the general public has been complaining relentlessly about the rising of cost of goods and services.

Other ways consumers can cope with GST is to have the right credit card that will reward them for the expenses. It’s important to find a card that fits their spending habit.

Also, with the rising cost of healthcare, GST exemption should include all medications, and not only the 4,600 selective medicine that are currently exempted.

The general public are also hoping to see GST rate reduced to 3% from the current 6%. Malaysians generally opined that GST should have been implemented at a lower rate first, and then gradually increase in stages, before moving to the current 6%, which impacts the cost of living significantly.

Generally, the public would like to see the discontinuation of Bantuan Rakyat 1 Malaysia (BR1M) as this effort has not been fruitful in supporting the low-income group in dealing with the rising cost of living.

Under Malaysia Budget 2015, BR1M was distributed in three stages based on the following: In 2014, 7.9 million individuals received BR1M, which saw RM4.6 billion dispensed. Most of those who respondent to the survey are of the opinion that the BR1M allocation would be better channelled towards controlling oil prices as cheaper oil means cheaper goods. In the long term, cheaper oil will lead to more stable prices of goods and services.

The areas mentioned are expected to increase in population by 300,000 which will cause further congestions to the existing routes. DASH will act as a solution to this problem. Also, as Subang Airport serves as the main low-cost carrier terminal, DASH will become an alternative and easier route to the airport.

With the completion of DASH, the general public hope to enjoy an easy traffic comparatively. They will be able to save on travelling expenses and time, and channel that towards the family. Also, not having delays in journey time will increase productivity and better access between these routes will help economic development. 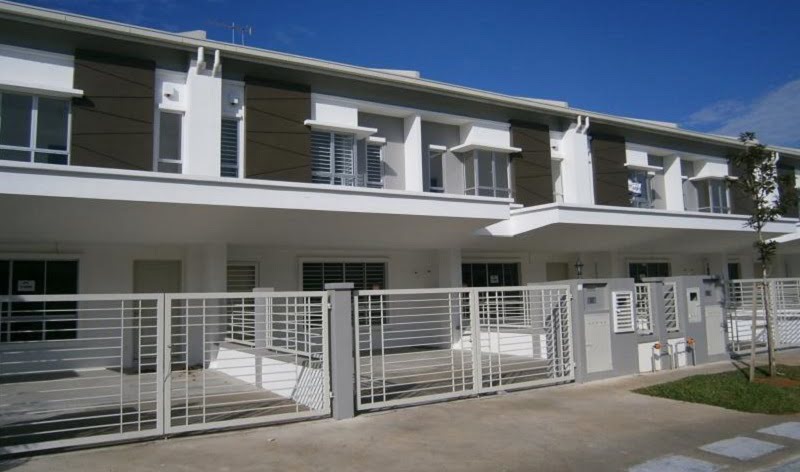 It is sad to know that even with a salary or RM15,000 a month, some households still can’t afford their first property. Properties within the city has really sky-rocketed in the recent years, leaving many still stuck in their rented homes. Or they would have to opt for cheaper properties at city outskirts, but may not be convenient for work and school.

For Malaysia Budget 2016, the general public is hoping to see more initiatives to reduce the prices of houses. And some suggestions in line with that were:

The Government should give out subsidy or price discount to all first homebuyers based on their salary and house desired, such as 15% discount plus free legal fees.

The Government should increase the age limit for first home loan, from 35 to 45 years of age.

Increase house prices by 30% for investors buying their second property onwards and foreigners, to better control the housing market.

With the increased cost of living due to GST, the weakening Ringgit and the political instability in the country, Malaysians are concerned about the upcoming Budget 2016, and what it will unveils.

Tell us what you want from Budget 2016 by taking this SURVEY.

Get RM30 Lazada vouchers from us!